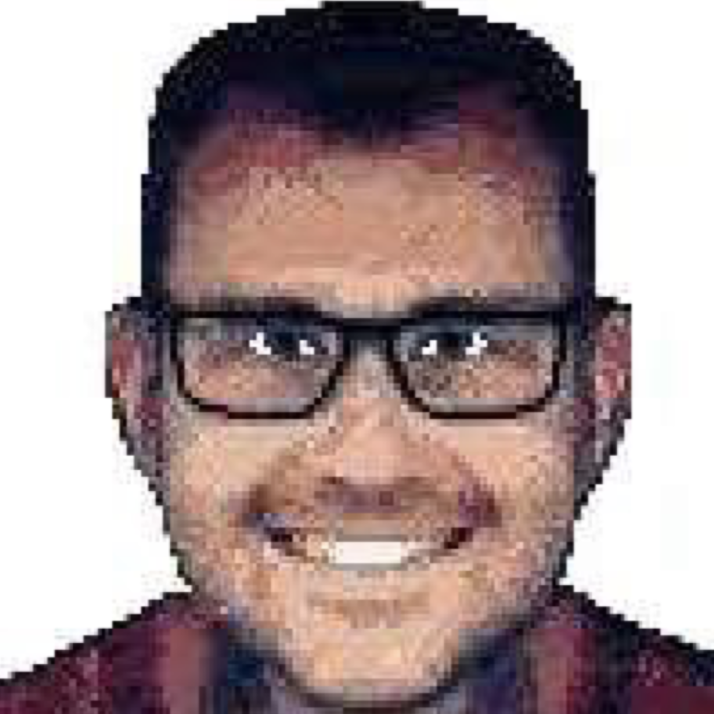 You may have noticed that last week—specifically on July 10th—many of your apps suddenly stopped working for a couple of hours. You’d tap to open them and nothing happened. The reason was that they were, in fact, crashing on startup. Why was it happening, and why for so many apps? 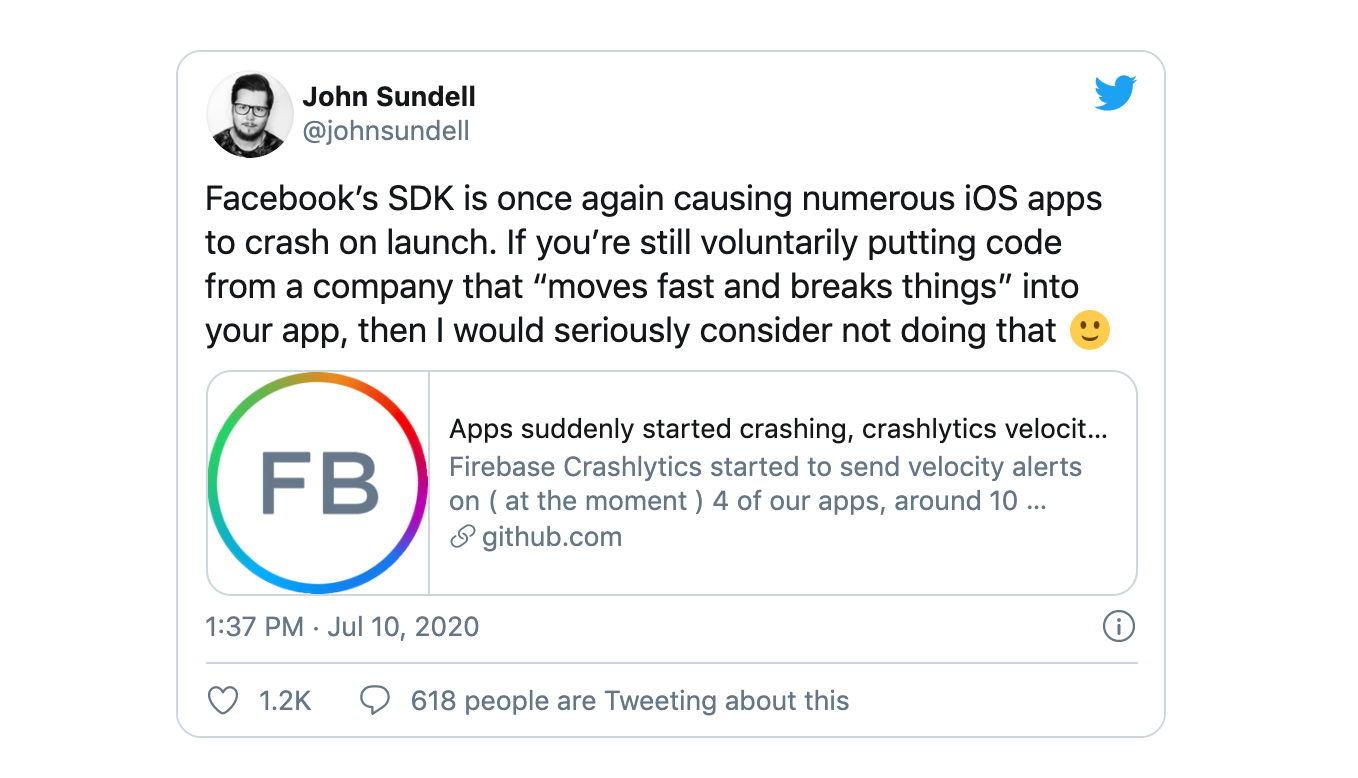 The answer is both simple and a little scary. Many apps use Facebook SDK for social login and it was that SDK that was making your apps crash—due to nothing more than a simple backend update on Facebook servers!

So many apps experienced this problem that even Firebase Crashlytics—a widely used tool for tracking stability issues and crashes in apps—had an incident due to the sudden influx of crashes. And this is actually not the first time this has happened in recent times; Facebook SDK made apps crash on May 6th as well.

That’s right. Without any action taken by developers, apps simply stopped working. Let that sink in.

Facebook’s culture of moving fast and breaking things seems to still be in place. This comes with both ups and downs, but one thing should never happen while using a third-party SDK: Your app should never start crashing simply by having the SDK imported in your code. Unfortunately, that is exactly what happened here. Sure, it's inconvenient if your social login stops working briefly, but it’s at least understandable. Crashing the whole app on startup, however, is completely unacceptable.

Adding Facebook SDK is obviously quite risky, so it begs the question…

Do you really need it?

So, what's a better solution?

Times have changed. Ever since iOS 13, we now have a better alternative that we suggest our clients use. At this point, you've most likely seen it around. We’re talking about Sign in with Apple.

Sign in with Apple is extremely convenient for users. With its OS integration and ease of use, it takes mere seconds to create an account and to sign in, plus it comes with built-in security of the underlying operating system. It works flawlessly on all Apple devices without being a burden to your app and, to top it off, it's very easy to implement.

Social logins were created to help users with the inconvenience of creating new accounts. Sign in with Apple solves the same problem—with a guarantee that it won’t ever randomly crash your app.

At STRV, we believe that Sign in with Apple should be your first choice when considering your sign in/sign up solutions. Paired with a traditional username and password option, you’re all set for the future!

For help with this issue, or anything at all...