Scavenger Land is a web-based multiplayer tactical game inspired by the NFT world — and was founded by two of STRV’s co-founders, Martin Stava and Pavel Zeifart. In the first public discussion about the project, Martin also got into what play-to-earn games will really look like.

On May 28th, we hosted the Next Level Talks: NFT – Beyond the Buzzword event in our Prague office and had the pleasure of welcoming NFT pros who’ve been around the block in their respective fields — namely the gaming, fashion and entertainment industries.

Since the event lasted over two hours (followed by a proper Scrollbar afterparty), we’ve split the summary into three parts. So once you’ve absorbed all that Scavenger Land’s Martin has to share, feel free to check out the Decentraland Wrap-up and the Metaversal Wrap-up. 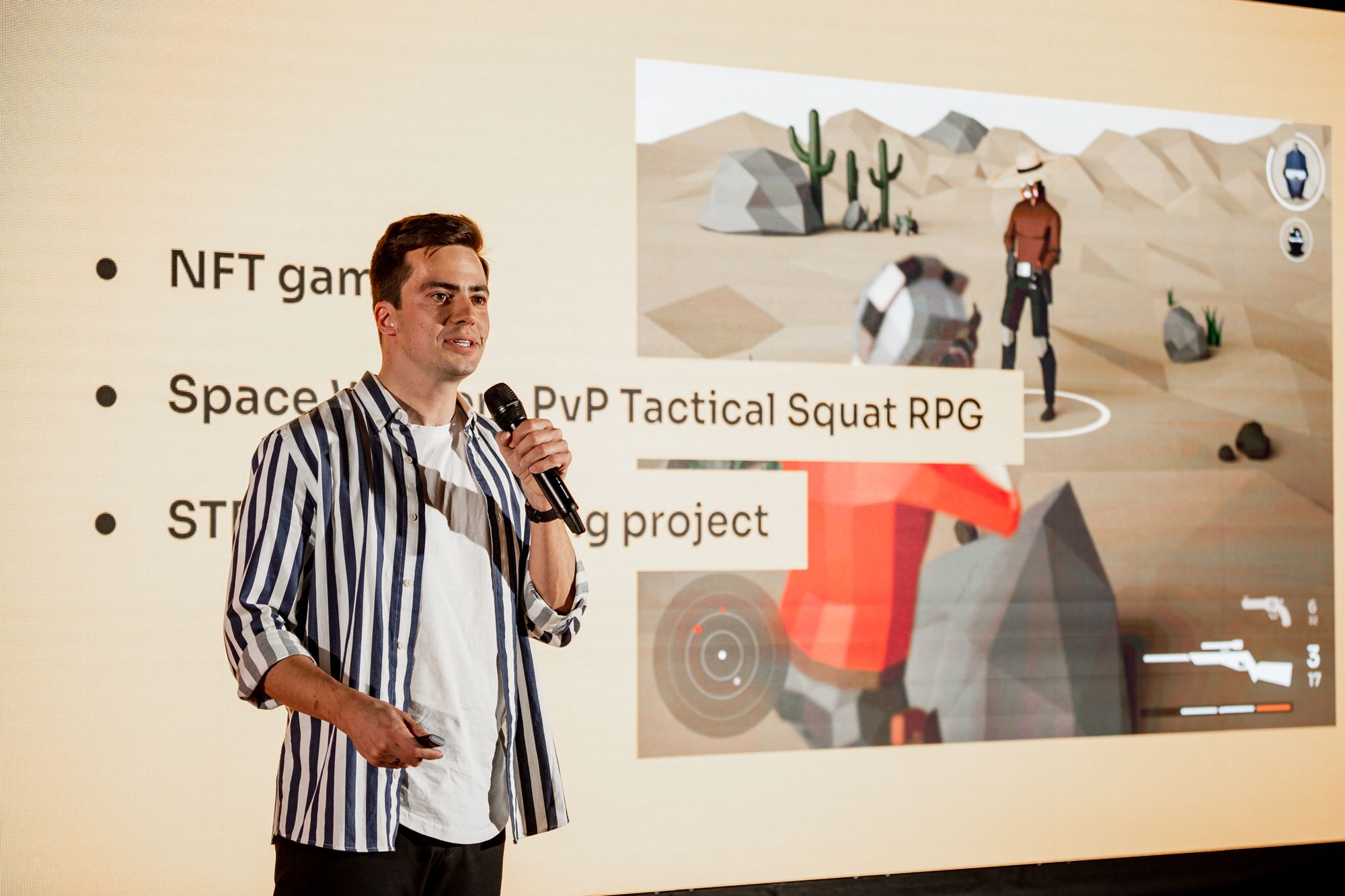 A Quick Intro to Scavenger Land

“We want to make them highly collectible,” Martin explained. “We’re developing a weapon system that should turn those weapons into collectible objects, and you’ll be able to collect by manufacturer, origin, season…” The goal is to fully utilize the opportunities NFTs bring.

As for the overarching goal, Martin said, “Our ambition with the game is for Scavenger Land to find its place in the next generation of esports.”

What NFTs and Blockchain Bring to Gaming

To translate into “the language of marketing promise,” this leads to the play-to-earn concept, which means you can make money by playing games — if you’re really good. No tournaments necessary; just stay home and profit.

Getting further into what NFTs and blockchain bring to gaming, Martin said that the technology supports a proven reality: real ownership inspires collectibility. Many games have long had collectibility as one of their main elements.

As for a more futuristic idea of where all this may lead, those collectible items could become interoperable and allow us to build a metaverse.

“And it only gets more crazy from there,” Martin added. 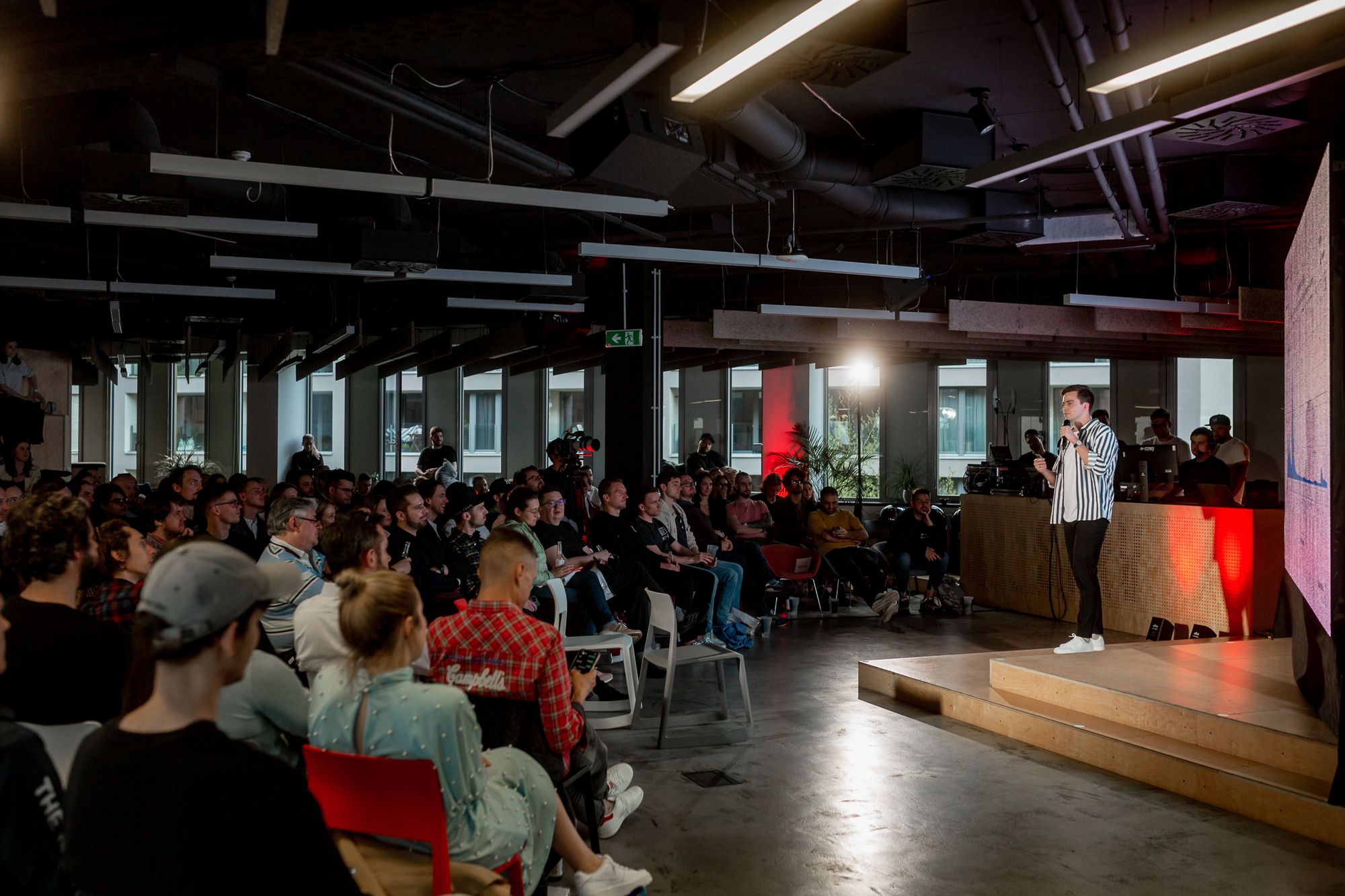 After acknowledging that the relationship between the NFT community and the gamer community has been tricky as play-to-earn games take shape, Martin said it got him thinking.

“If we look at it as a potential innovation on the business model behind making games, what are some of the implications of that on how we design and develop games?”

To establish whether there’s a legitimate reason for gamers to be concerned, Martin believes it’s important to look at the business models already out there: fixed-price and free-to-play games.

With fixed-price games, 100% of players are paying customers. With free-to-play games (most popular on mobile), 97.8% of players are playing for free — and only about 2% of players convert into paying users. This business model has “a lot of haters,” Martin explained.

“To motivate that 2% of players to spend money on microtransactions in a game, you have to find a way to optimize for them — and that has led to the development of some of the models that were not well-received, like loot boxes, pay-to-win, stuff like that. And the reason they are not well-received is because they don’t feel fair.”

Still, other forms of monetization — such as cosmetic skins — have been more popular.

Looking at these realities, Martin expects a similar situation to occur in the play-to-earn realm, saying that there will be “more well-accepted ways of doing it and worse ways of doing it.”

Martin assured us that there’s no way every player will make money via play-to-earn games — although that’s sometimes how it’s advertised.

“I think this is the issue n.1 that the play-to-earn market needs to figure out: not setting false expectations.”

Instead, he believes there will need to be a percentage of “top players” who will play to earn, another percentage playing just for fun and, most importantly, a percentage not expecting to make money but, instead, willing to spend money on buying NFTs or in-game currencies from the top players. Only this balance can make such a game sustainable long-term. 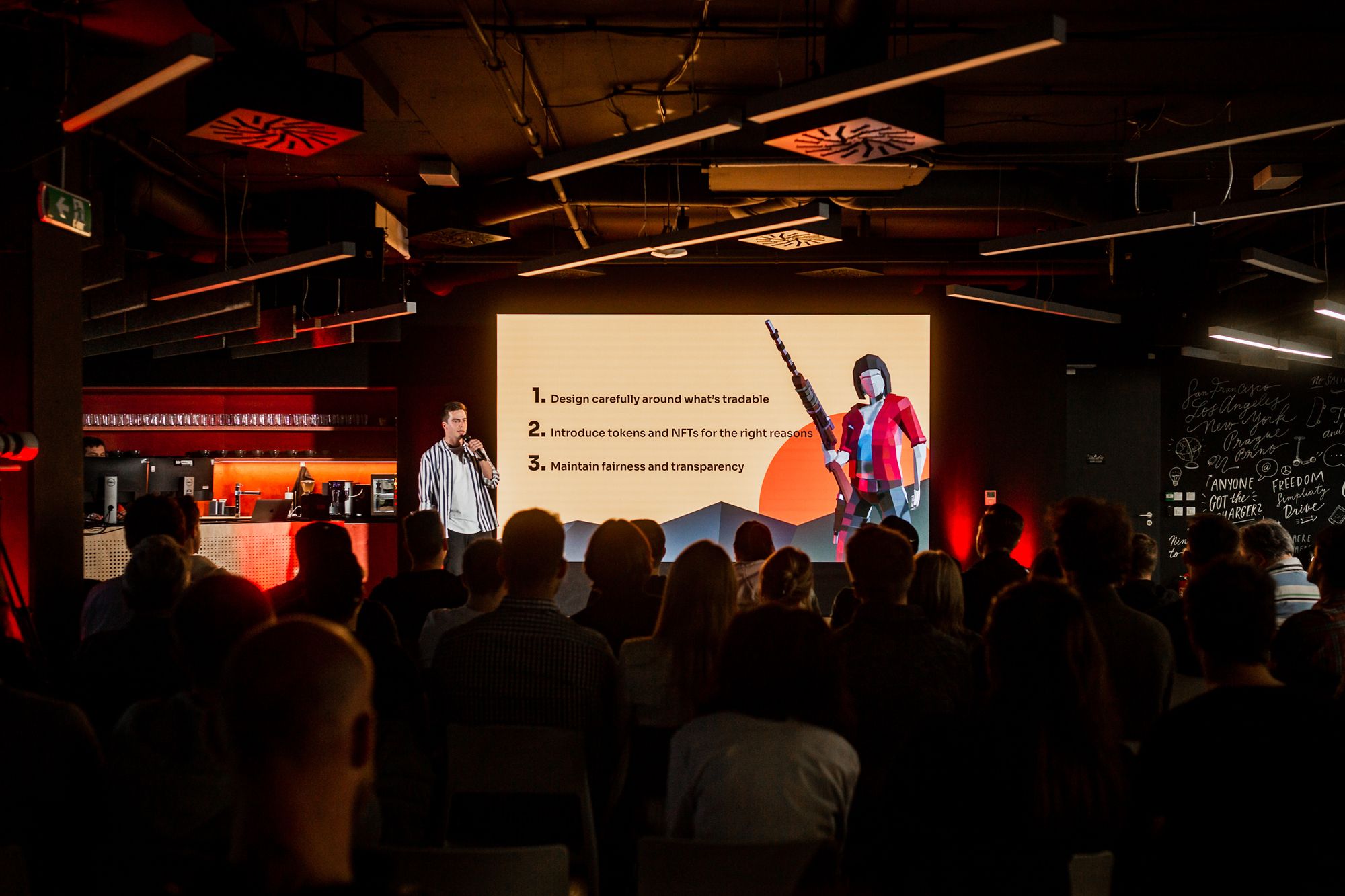 The first major challenge for play-to-earn games that incorporate NFTs is managing the supply. Martin believes that the solution will need to involve seasons.

The plan is to provide two different modes for players: free-to-play and play-to-earn. The latter will require buying a season pass and will enable top players to collect rewards which can then be sold to other players. The supply will be adjusted according to the number of season passes per season.

“This is something that doesn’t do away with inflation completely, but it can contain it within a season,” Martin said, adding, “And of course, we have something special prepared for OGs.”

Another challenge? Cheating. When there’s financial motivation to cheat, things can get crazy. According to Martin, the reason why rules-based games have been more prominent in the play-to-earn space is that it’s easier to prevent cheating.

Is It Even Possible to Make a Sustainable Play-to-Earn Game?

If it isn’t possible, then we can expect to see a bunch of pyramid schemes. But Martin believes it is possible — if some things are kept in mind while building the game.

First of all, it’s important to design carefully around which items will be tradeable. Second, tokens and NFTs should be introduced for the right reasons, not just because they might be easy to sell. What’s their value? How do they enhance the gaming experience? And third, find a way to maintain a sense of fairness, transparency and even simplicity.

“I believe that the tokenomics of games should be easy to understand, and they shouldn’t feel like you have to come from an economic background in order to be able to navigate the game.”