Petra Cross recently sat down with STRV COO Lubo Smid to reminisce about how a stint operating roller coasters at the Santa Cruz Beach Boardwalk eventually led to a job at Google, where she’s been for the past 11 years. 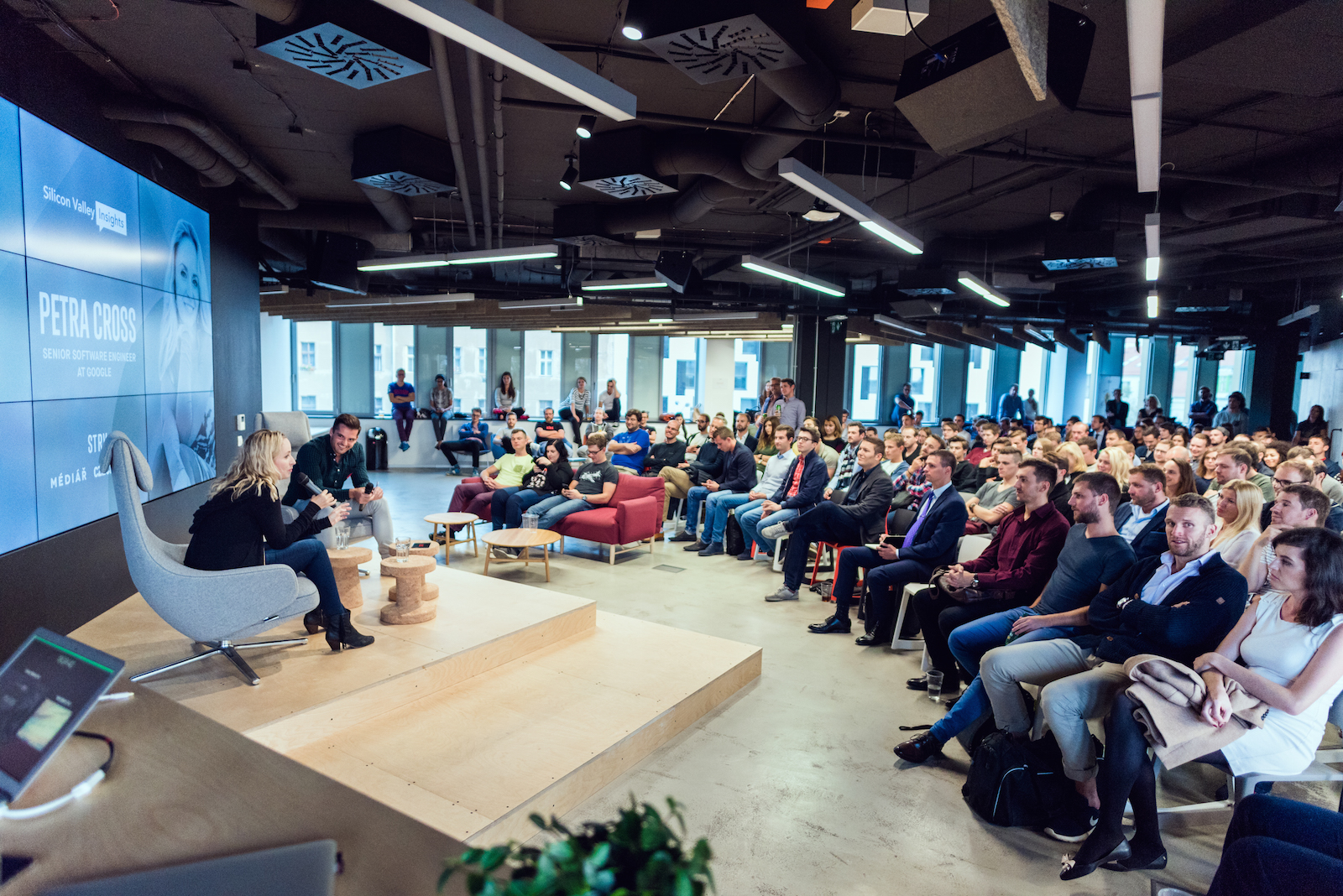 Now a senior software engineer working with the tech giant’s Android Pay team, the headliner of our latest Silicon Valley Insights installment talked shop and gave us an insider's perspective on what it’s like to work for one of the most innovative companies on today’s global market. The event, held in Prague on September 22 and Brno on September 27, drew packed houses both nights. (Check out the photo galleries here and here.)

Petra keep things light with amusing anecdotes about her undercover work “in the field” — aka using Android Pay incognito in downtown San Francisco to help track system bugs — and how her disdain of cold weather brought her to the California coast. She landed a plum spot on Google’s Search team shortly after graduating from Santa Clara University, which she transferred to from the University of Zilina. She would later go on to became “the face” of Gmail. 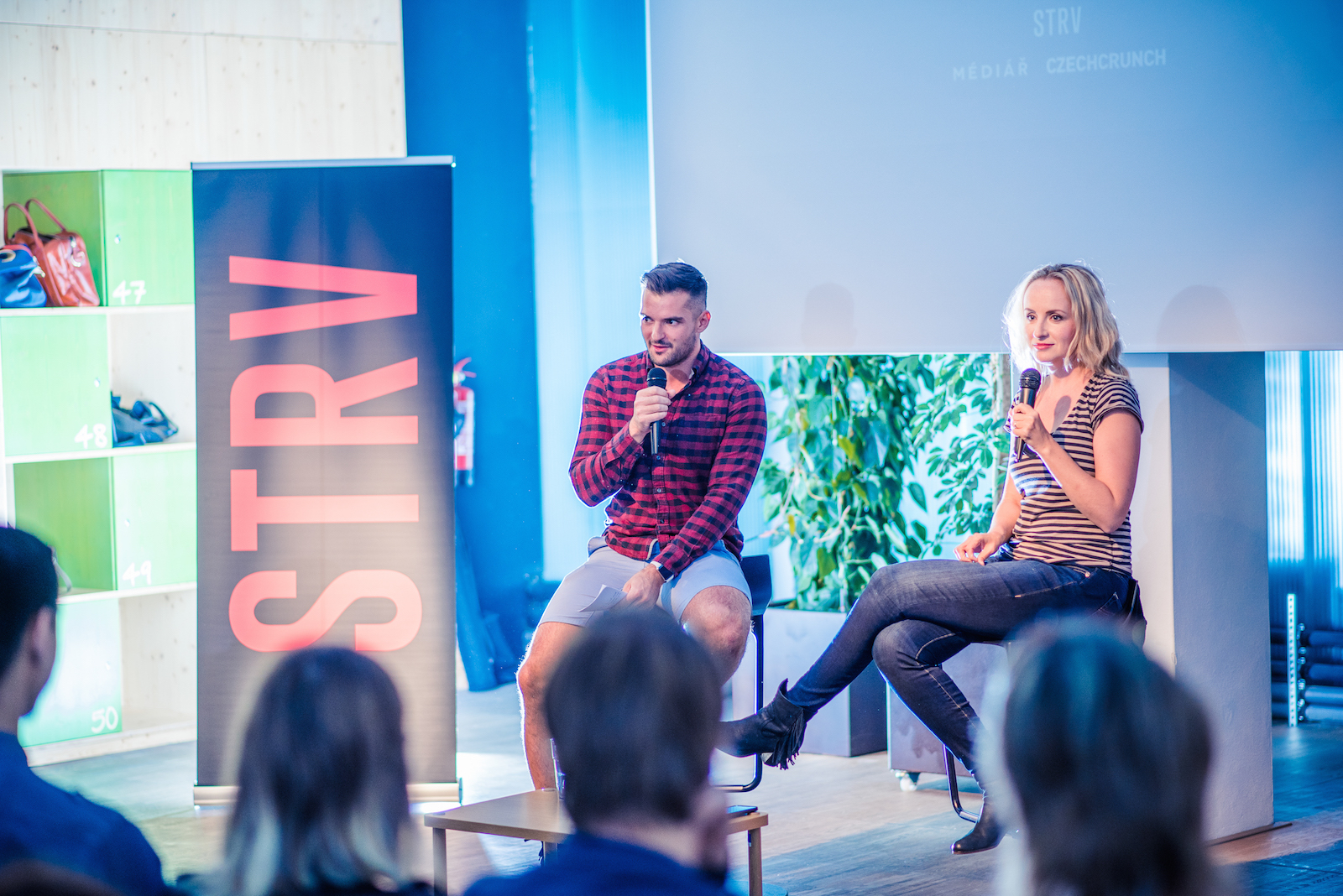 “You are encouraged to change projects every 18 months to grow as a person and to work with different teams,” Petra explained. “Development infrastructure has made huge progress at Google in the last 11 years.

“It is much easier to write code now than it was in 2011,” she added. “We have required code review. Two people have to review every line of code.” Google runs 150 years’ worth of testing per day, according to Petra, with 30,000 changes being made on a daily basis. 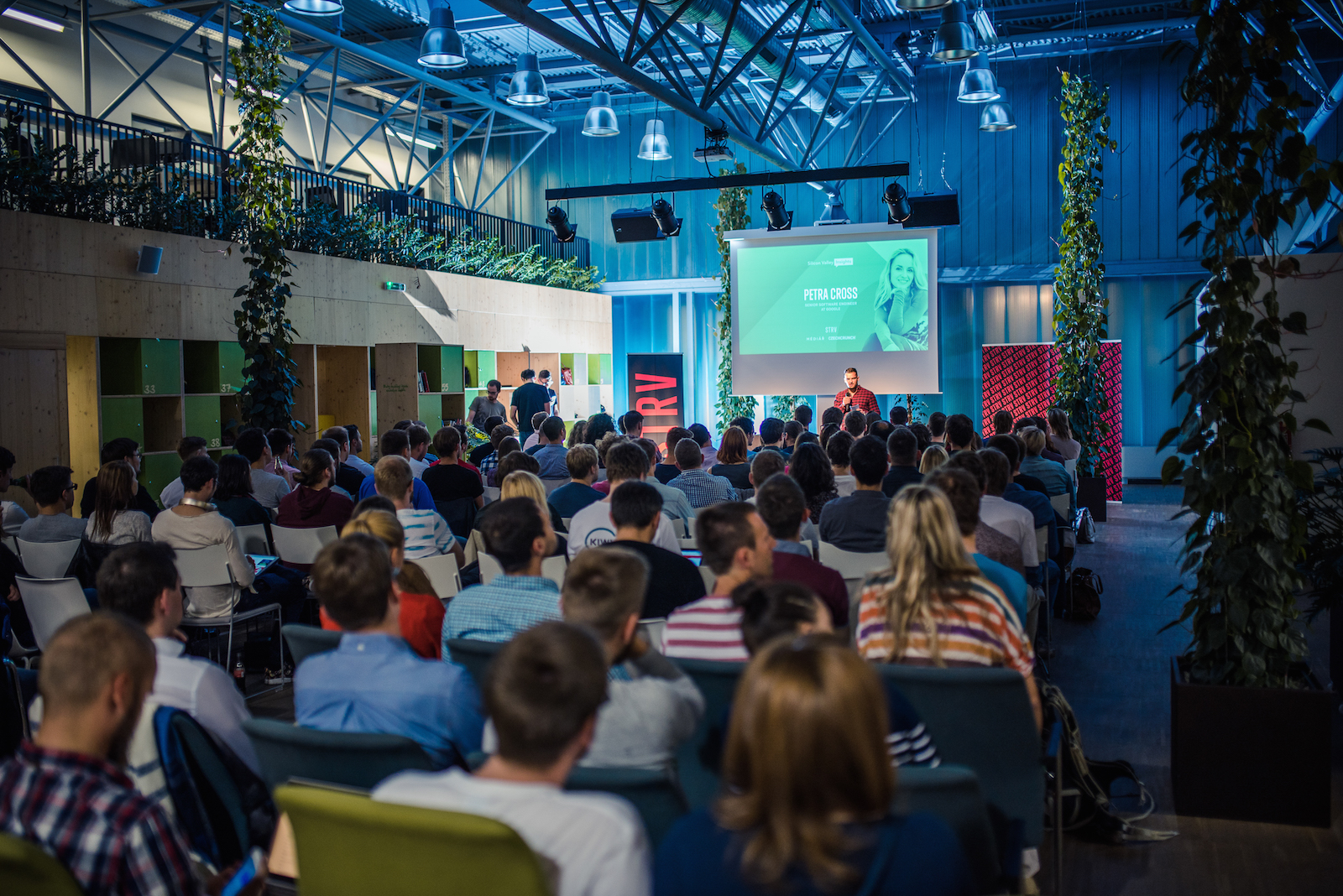 When asked if she’d consider jumping back into the startup scene (her first job out of college was as a systems analyst at a semiconductor startup), Petra said that while she’s starting to feel like “a fossil” at Google, she still loves what she’s doing.

“As long as I like what I’m working on and working with people who don’t piss me off,” there is no reason to stray, Petra said. She wouldn’t, of course, rule out anything out in the future but reminded the crowd that the startup world is “not glamourous; it’s a lot of hard work” with very little in the way of compensation. 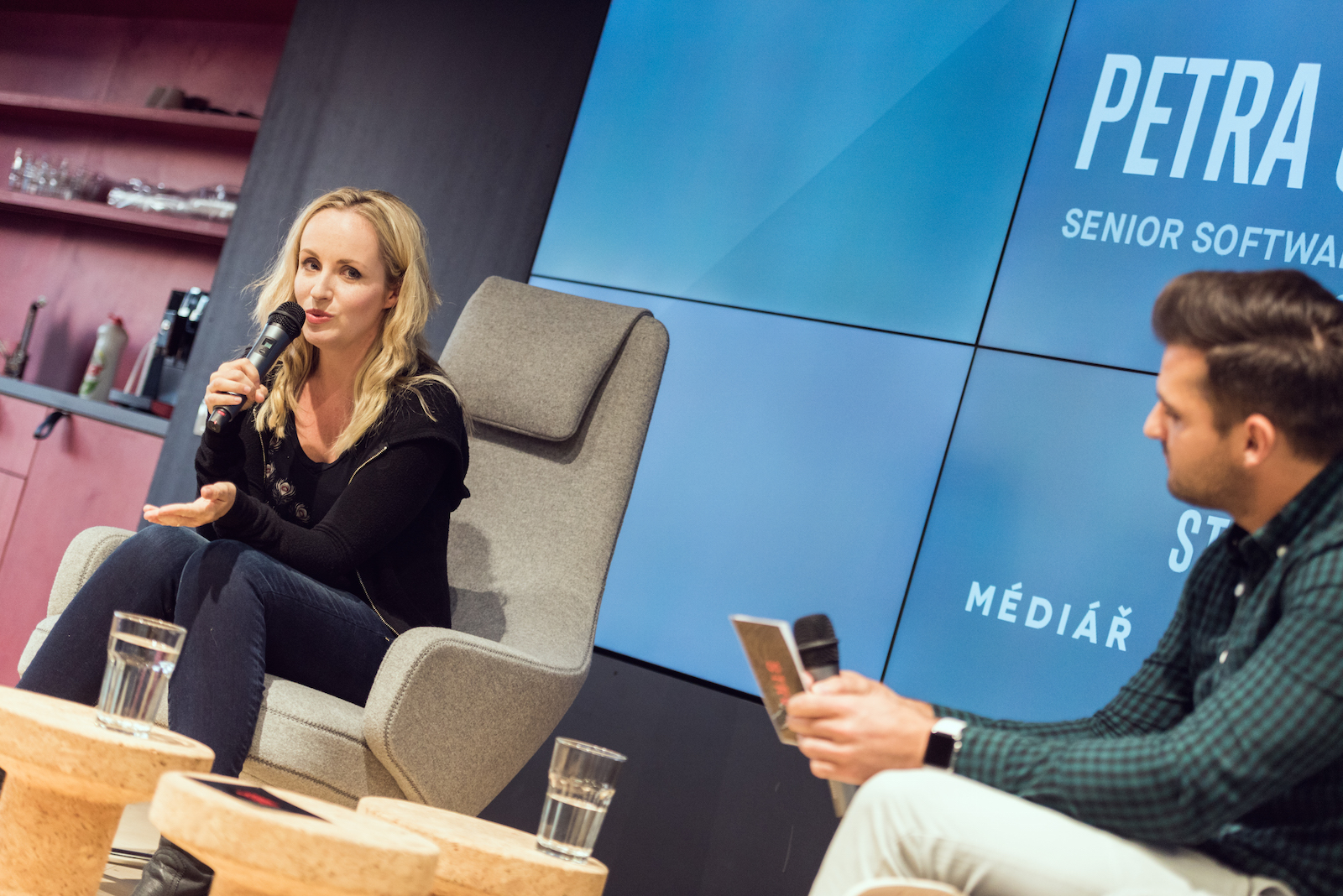 A strong supporter in bringing more gender diversity to the male-dominated IT sector, Petra says change starts at the high school level. She regularly visits schools to encourage girls to study computer science and to make informed decisions before applying to college. 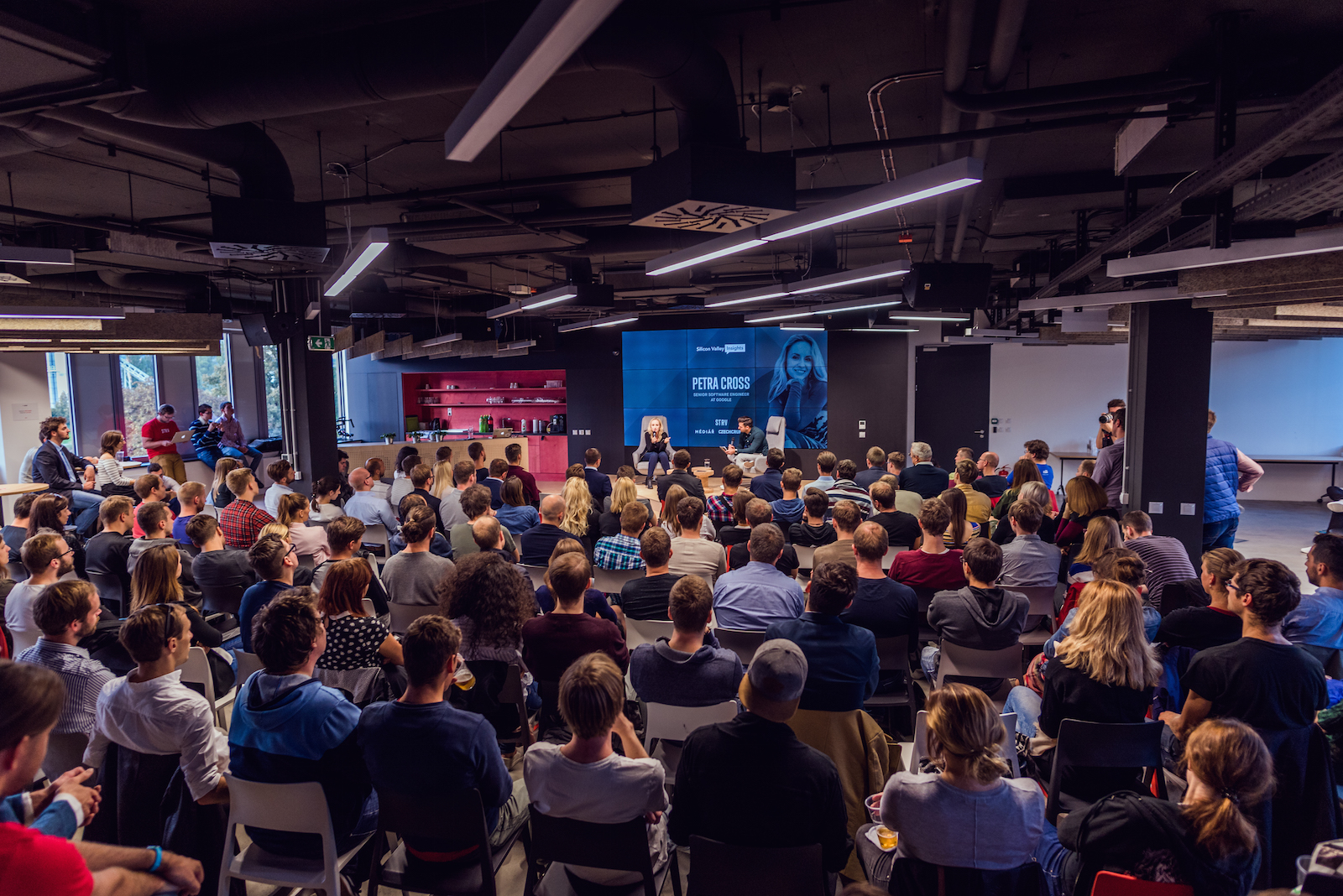 As most tech companies know, demand for talented IT professional is at a tipping point. There is simply not enough engineers to meet the growing need, and Petra says that with an estimated 1.4 million software jobs expected to flood the market by 2020, it’s imperative to recruit more people to this burgeoning sector.

If you liked Petra’s talk, we’ll be hosting another Silicon Valley Insights event in December with a special guest from Slack! Follow us on Facebook or Twitter for more details or subscribe to our newsletter.