A team full of inspired developers and designers can’t help but create. Which is why STRV continually works on in-house projects ranging from dating apps (Surge, our most successful project to date) to ColorMe — one of the highest-rated coloring apps out there, with over 5 million downloads worldwide and a spot on Google Play Pass.

STRV began revamping ColorMe a few months ago, when designer Eva Kuttichova and developer Martin Novak joined forces with STRV's dev brothers and ColorMe creators, Radek and Miroslav Sevcik. The plan was to take the app to a whole new, and highly ambitious, level.

That ambition paid off.

With a 4.6 lifetime rating on Google Play based on the opinions of 85,000+ users, ColorMe is now a product that stands out amongst a slew of competitors. Its following grows with every update on both iOS and Android, and it has been localized into 15 languages.

What makes it so exceptional?

A design that’s playful yet sleek. Beautiful artwork that’s handcrafted and custom-made. Over 200 picture options. Features that provide users with hours of fun, and limitless tools to choose from.

How did our team manage to significantly reinvent ColorMe without causing technical glitches, and without the risk of losing the app’s already loyal user base?

We asked that, and more. Eva and Martin were around to explain. 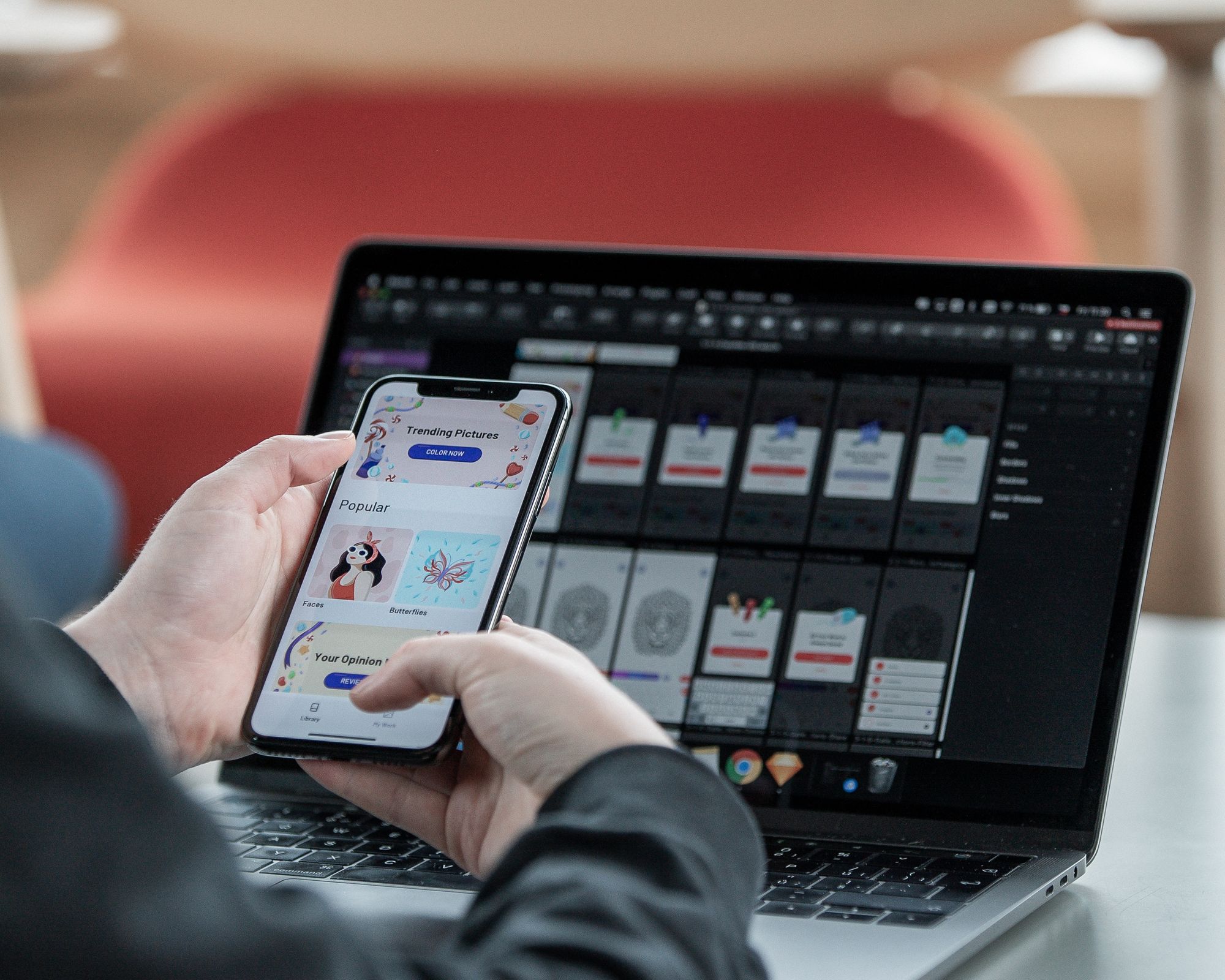 ColorMe was created for fun before STRV grabbed hold of it and made it the hit it is today. What, exactly, made it clear to you guys that the app had great potential?

M: It comes down to analytics: how users are playing, how much time and money they’re spending… We checked, and ColorMe had impressive numbers. The design wasn’t great, it was lacking many features. But the average session was 30 minutes, which is quite a long time.

Nice. What game-changing improvements are you most proud of?

M: What the app had was the foundation: A variety of picture outlines which you select, and it’s segmented into different parts which you color. But what ColorMe didn’t have was a wide variety of tools used for coloring — like thematic, gradient and even animated gradient colors, and using your finger to paint. Things we’ve now implemented.

E: And one tool which we haven’t seen anywhere else is changing the color of the outline from black.

M: Then there’s so much stuff that follows the painting itself. We’ve included many filters and color adjustments, like saturation or brightness. And we have more advanced features, like applying texture and the option of removing the actual outlines completely — which can make the drawing look like it’s drawn on a wall or in the sand, for example. It’s like a small Photoshop within the app.

E: We also collaborate with a great illustrator. Those images are very popular. And we plan to constantly be updating new pictures, which is the most requested thing. 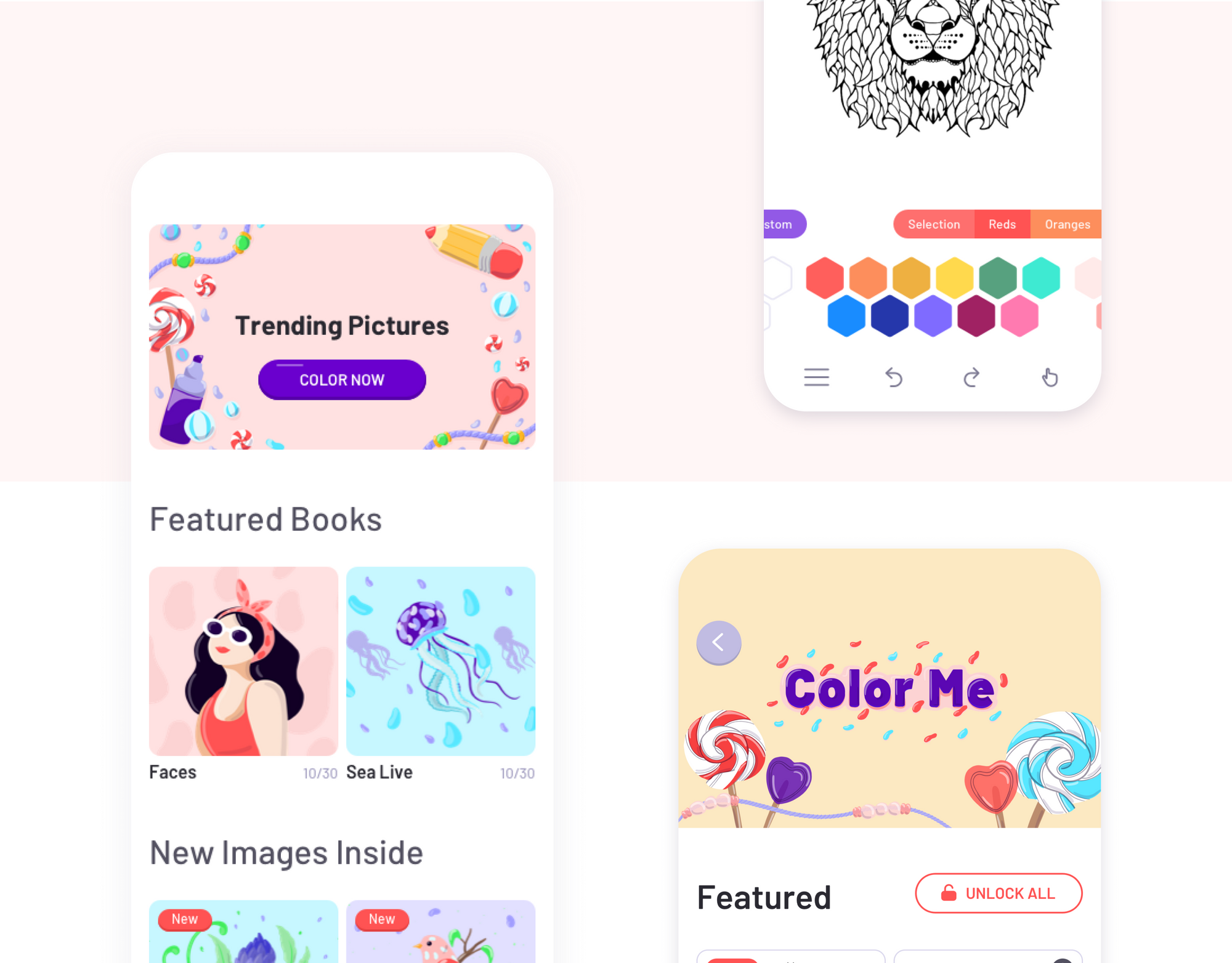 Were there any unique challenges in both the development and design process?

M: The app stands out from what almost everyone else at STRV is doing because it’s written in Unity, the cross-platform game engine. It’s very different from iOS, Android, frontend, backend. And it’s gaining popularity; I think about 50% of new games are made in Unity. Unity is definitely a slightly rare but great skill to have.

What was an interesting technical challenge was that most of the app’s tools are made for iOS or Android development, or both. But they aren’t meant for Unity, so there’s a completely custom UI system which you have to use. And that’s something designers aren’t used to working with, either.

E: Unity developers also need a different type of assets than iOS or Android developers, so I sometimes didn’t know what they’d want to export from the design. That was why, from the design perspective, we decided to use Figma instead of Sketch. Both are cloud-based design tools, but we’ve found Figma to be better for team collaboration — especially in terms of handoffs to developers. Figma helped them choose what needs to be exported.

Sounds like you guys have been great at collaborating and doing what needs to be done to keep ColorMe at the top of the charts.

E: I think that with every project, it’s important to be open to learning new things. I’ve been learning Unity so I can really understand the technical part of this and similar projects, like the six games STRV is working on right now.

M: Yeah, it’s a diverse project, so we need to help each other out. I obviously do a lot of coding, but I also do a lot of stuff on the UI level. And something that Eva didn’t mention but that takes up a lot of her time is preparing the marketing material, like screenshots, videos and animations.

ColorMe is actually a great example of how we work at STRV. We find out what will be best for a specific project, and we figure out how to do it as quickly and effectively as we can. Check out the ColorMe Case Study!