As Jindra Dolezy puts it, by day he’s a programmer, and by night he’s a tinkerer. Two years ago our fearless iOS Team Lead decided it was time to take his hobby to the next level. To that end, he and two friends opened The Cave, a hackerspace in Prague’s leafy Vinohrady neighborhood dedicated to those who enjoy exploring the “mysterious world of electronics,” whether it be building a Wi-Fi lamp or mini light display or learning how to get spaceship-looking bits and bobs to blink. The Cave hosts around two to three workshops a month and will have a booth at this year’s Maker Faire in June, where Jindra will be leading workshops on, among other things, soldering (and tinkering) for beginners and gurus alike. 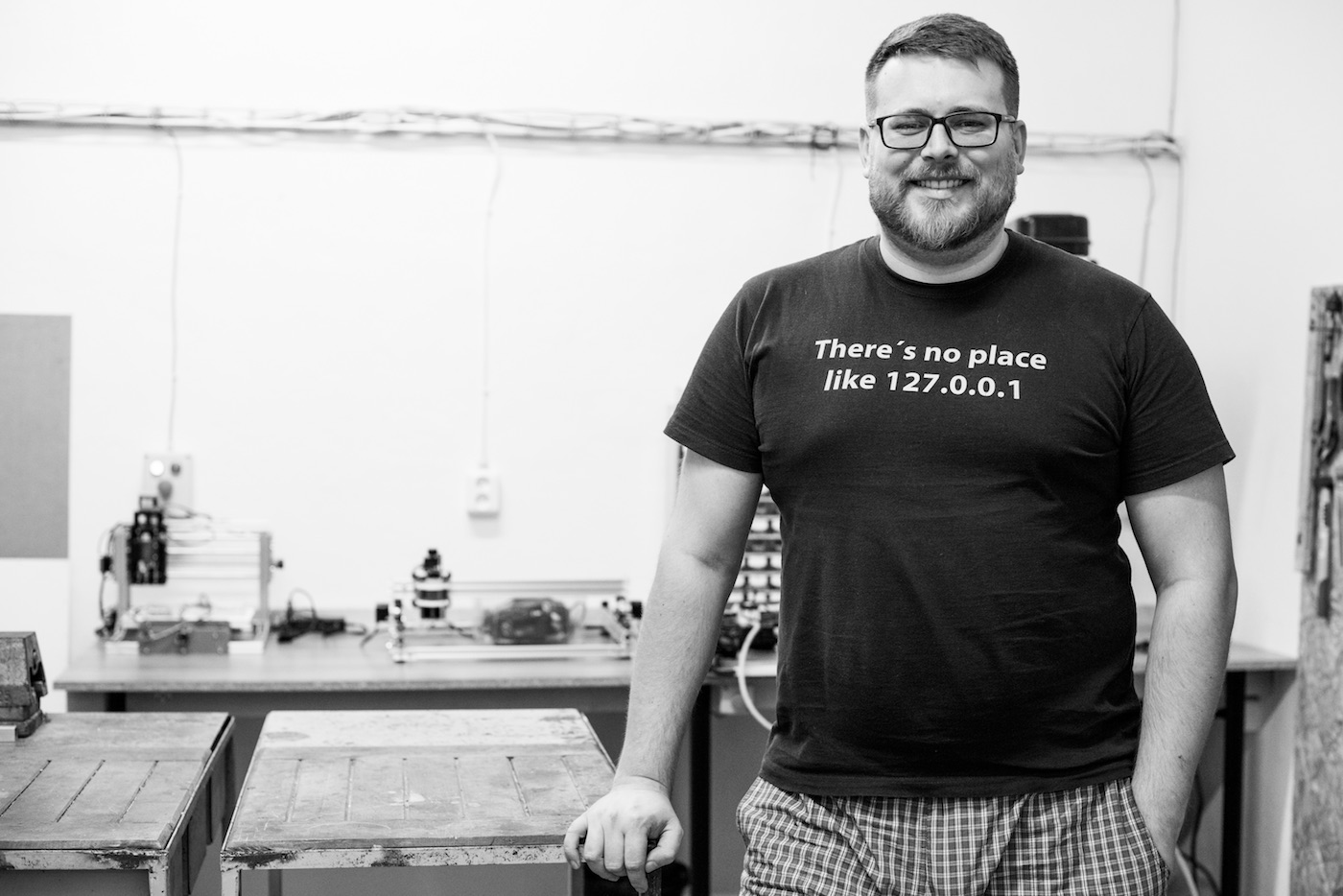 Jindra recently gave us a tour of his hackerspace, providing a sneak peek as to what’s in store for future workshops. (Spoiler Alert: Artificial Intelligence may have a starring role. Just saying.)

WHAT’S THE STORY BEHIND THE CAVE?

It started in May 2015 when when I first got the idea that I would like to have some kind of hackerspace of my own. In the US, there are a lot of hackerspaces. Basically every big city has one. There are a lot of people who like to make stuff, and they are meeting there, and they are learning; they are teaching each other and exchanging experiences. And I thought it would be really nice to have something like that here, and it would be focused on beginners, people who are trying to get into electronics. Not necessarily coding, but they go hand-in-hand.

The idea was there for quite a long time. I like saying I’ve moved my hobby to the next level. When I joined STRV, I started thinking about how to make this come true. I talked two friends into partnering with me. So there were three of us, and we rented the place. We got pretty lucky, because the owners really liked our idea.

HOW DID YOU GET THE WORD OUT?

It took us a really long time to figure out that it was going to be a business, because we started this as a hobby. At least for me, I didn’t have the idea that I wanted to make a huge profit off of it. I just wanted to break even. We decided the best way to attract people was to host workshops.

The focus of this hackerspace is on electronics, so basically everything that is somehow powered by electricity, like robots or arduinos, 3D printers or whatever. If you are interested in this kind of tinkering and electronics, you can come to one of our workshops, and you don’t need to know anything. We will teach you.

When we first started, we had like two or three people showing up for a workshop. It was quite a tough start, but after a while, word spread organically. This mouth-to-mouth marketing works best. 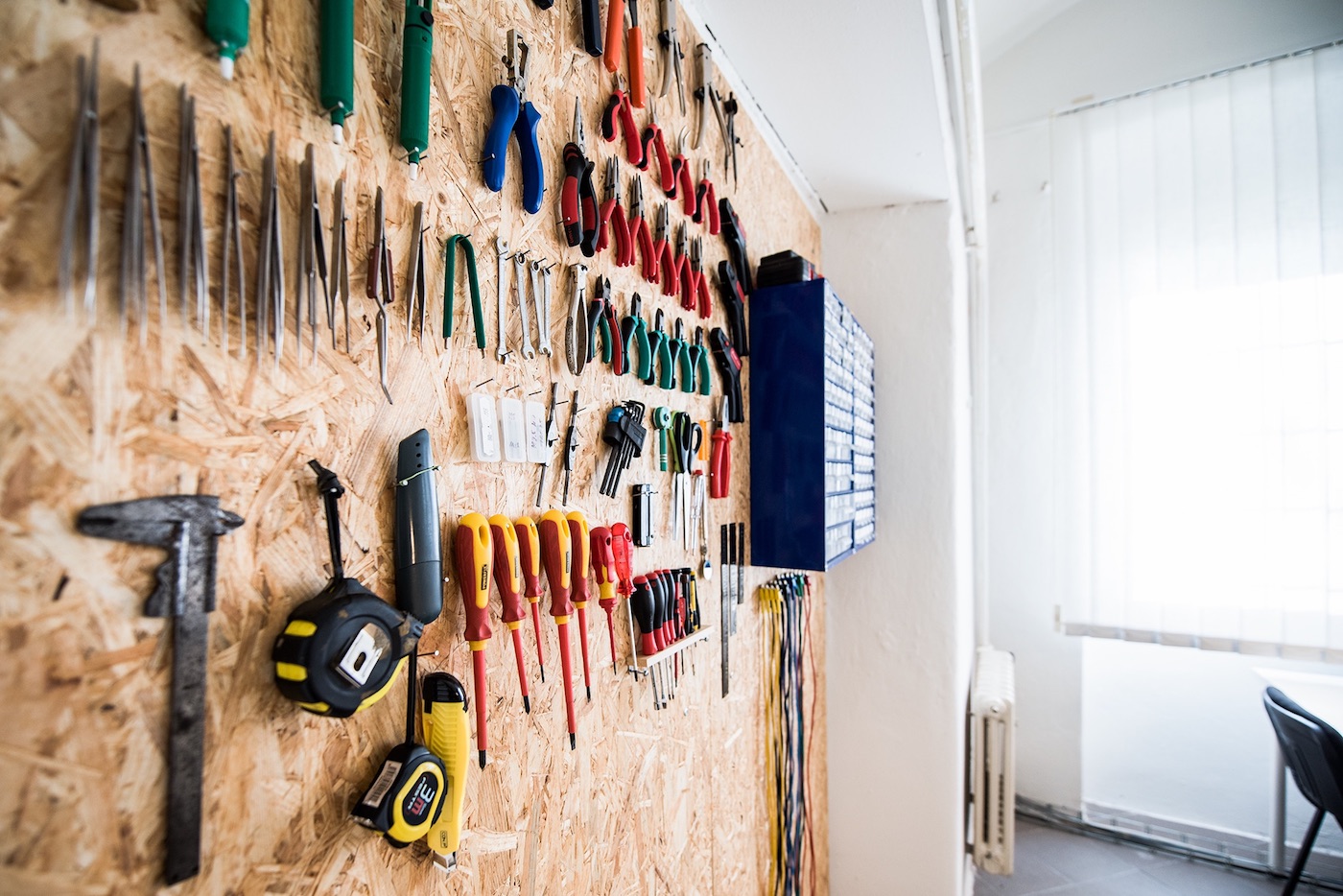 WORD-OF-MOUTH RECENTLY LED TO A WORKSHOP WITH 20 STUDENTS FROM CHARLES UNIVERSITY.

It was super fun and super inspiring. I really liked the buzz — everyone was creating something. A lot of nice things happened here, and it was the way I envisioned it would work. It was a step in taking it in the right direction.

We were actively helping the students. They sent us their proposals for their projects in advance, and we decided if these projects could be made and what would be needed. We also purchased some of the components. The professor was impressed. I think it will spread, and I’m really looking forward to that. We’d like to partner with other universities.

WHAT KIND THINGS GO DOWN AT THE CAVE?

The best entry-level workshop is our soldering workshop. We supply all the materials. For those who are more advanced, we organize “Let’s Make” workshops, where you come here, make something and take it home with you. For these workshops, you’ll need to bring your own computer, so you can tinker with the code of the thing you are building. We are currently holding Let’s Make workshops where you can build a mini display and a Wi-Fi lamp, which can be controlled with your phone. We host two or three workshops a month, but people can just come and hang out, too. We’d like to roll out one new workshop every three to four months. It takes quite a lot of time to prepare them in a way that they can be done and in the way that we want. 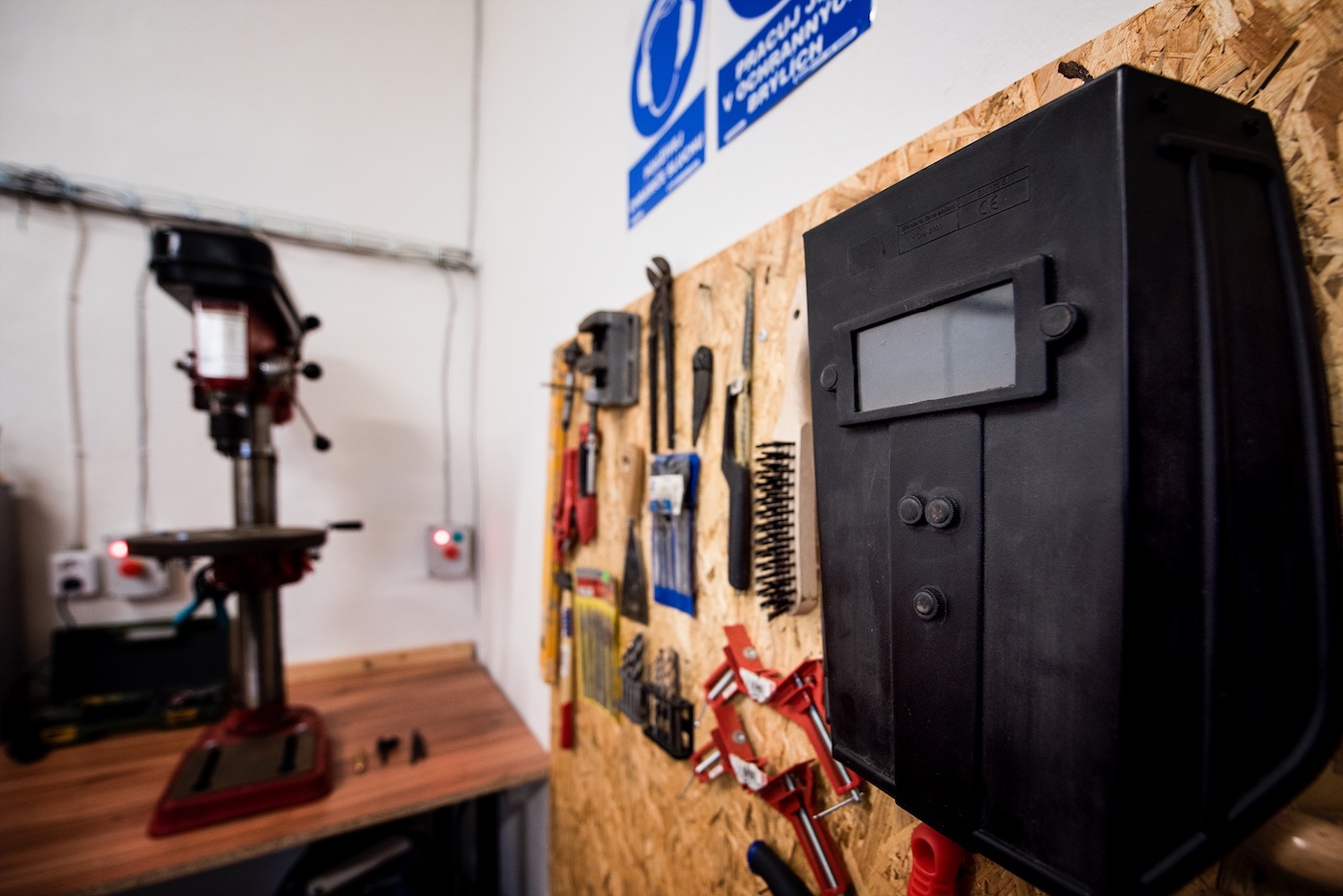 YOU’RE A FAN OF AI. ANY PLANS TO INCORPORATE THAT INTO WORKSHOPS SOMEDAY?

With the current level of equipment we have here, I think we can do some kind of learning algorithm for turning on and off the heating, like a smart thermostat. We already have temperature sensors here. There are six of them in the whole space. We have been collecting the data for a year and a half now. We can feed that data into a learning algorithm, and it would be able to control the heating based on the outside temperature and inside temperature and the usage patterns of this space, all without telling it how to do it. We also tried some experiments with computer vision, and I think this might be a good idea for a workshop. Maybe some kind of robot that rides around and picks up specific objects.

SPEAKING OF AI, DOESN’T IT SCARE YOU? MAYBE JUST A LITTLE? (OR IS ELON MUSK OVERREACTING?)

At its current level, no. But I think it can get nasty pretty fast, and I think we won’t be able to recognize the breaking point. Take a game of Go for example. Humans have practiced this game for 2,500 years. And the AI was able to learn the game and beat the best human players in the world in one year. So if we somehow invent the general AI and something goes wrong, how we are going to turn it off? Remember, this kind of AI will probably be way smarter than we are. I think we need to step very carefully in this area, because right now it seems to me like a bunch of kids playing with a bomb.