Nothing quite like discussing virtual reality and web3 art curation while surrounded by history. On August 24, STRV and the House of Lobkowicz came together and organized a special STRV Web3 Meetup at Prague’s Lobkowicz Palace — one of Czechia’s most significant cultural sites.

The event was hosted by STRV co-founder and CEO Lubo Smid and William R. Lobkowicz, the Director of Digital Media and Innovation for The Lobkowicz Collections. Joining them for the panel discussion were web3 experts Artur Sychov and Pauline Foessel.

Artur is the founder and CEO of Somnium Space, a cross-platform VR world with its own economy, currency, marketplace, games, social experiences and virtual land ownership.

And why hold a web3 meetup in a castle, you ask? Because the Lobkowicz family is more than meets the eye.

William is a tech-savvy royal convinced that NFTs can help cultural institutions preserve their heritage by offering a new patronage model. Under his direction, The Lobkowicz Collections began auctioning NFTs at Prague’s Lobkowicz Palace in 2021.

Another reason is the breathtaking sunset and incomparable post-event cocktail party setting. But that’s more of a cherry on top. 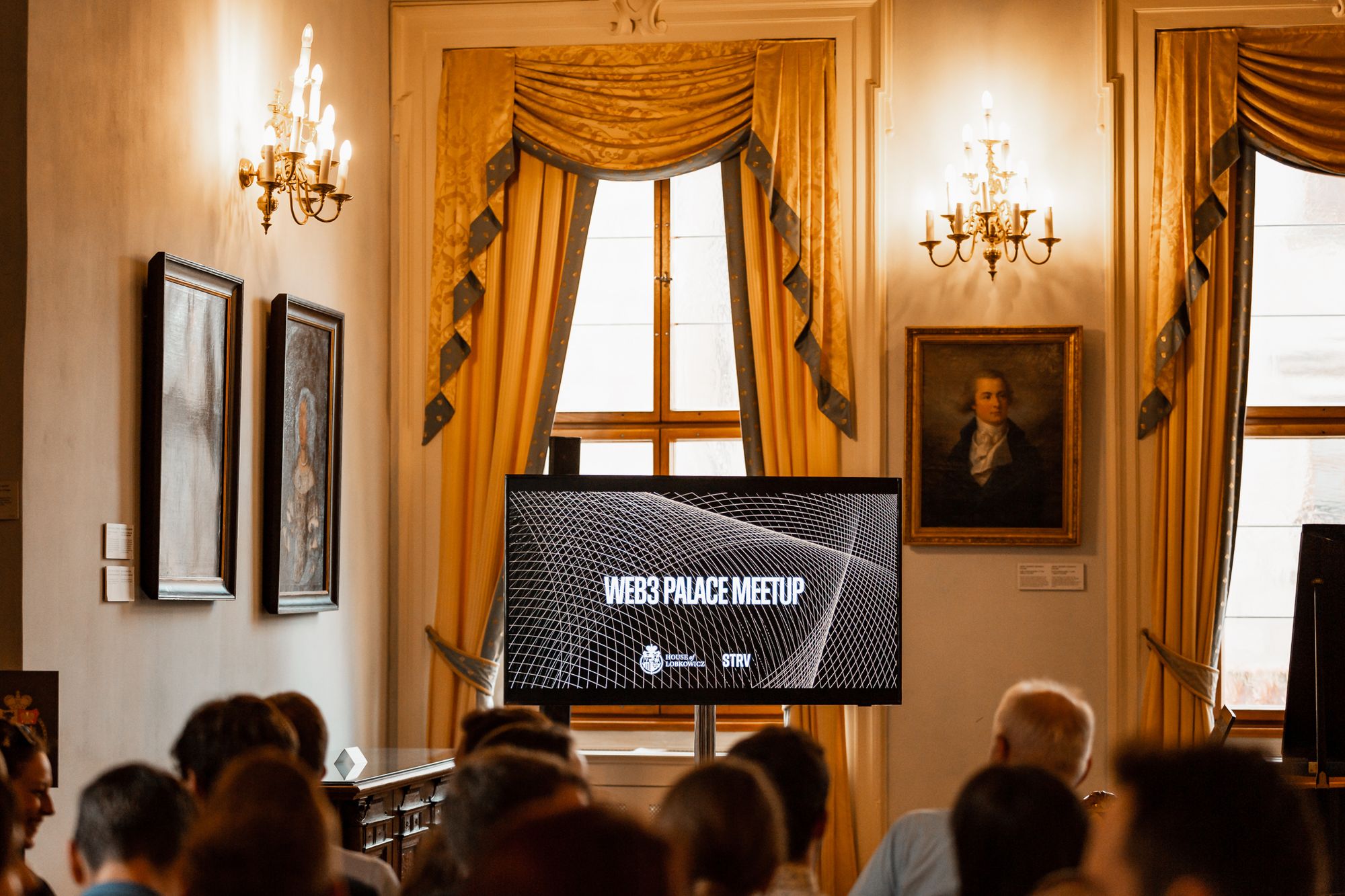 The Metaverse, According to Somnium Space

Somnium Space aims to be the place where people can live and be active socially and economically. Artur has a clear vision:

“People will be able to create, to start making things and make a full-time living by just being inside our world.”

According to Artur, the metaverse is defined by three pillars: it must be immersive, decentralized and persistent. The result is an experience that keeps you connected with people in a world controlled by you within a shared environment.

If you’re watching a sunset, the person next to you is seeing the very same thing — even if they’re seated halfway across the world.

VR: The New Gatekeepers? Not So Fast

In five years, Artur believes VR headsets will immediately make us forget reality. In fact, the best headsets are already there and they’re battling for the top spot.

We’re used to having tech gatekeepers, like mobile phone and PC producers. Now, VR headset developers are looking to become the new gatekeepers who’ll control our experiences in VR. But Somnium Space decided that’s not going to happen.

“Together with VR engineers and other companies, we are producing its own VR headset which will be open-source,” Artur explained, adding, “People should run their own experiences."

The goal is to keep the door open for users, rather than them relying on “a few big monopolistic gatekeepers” — which is precisely the case of mobile phones.

“We’ll do everything possible to not allow this future to happen.” 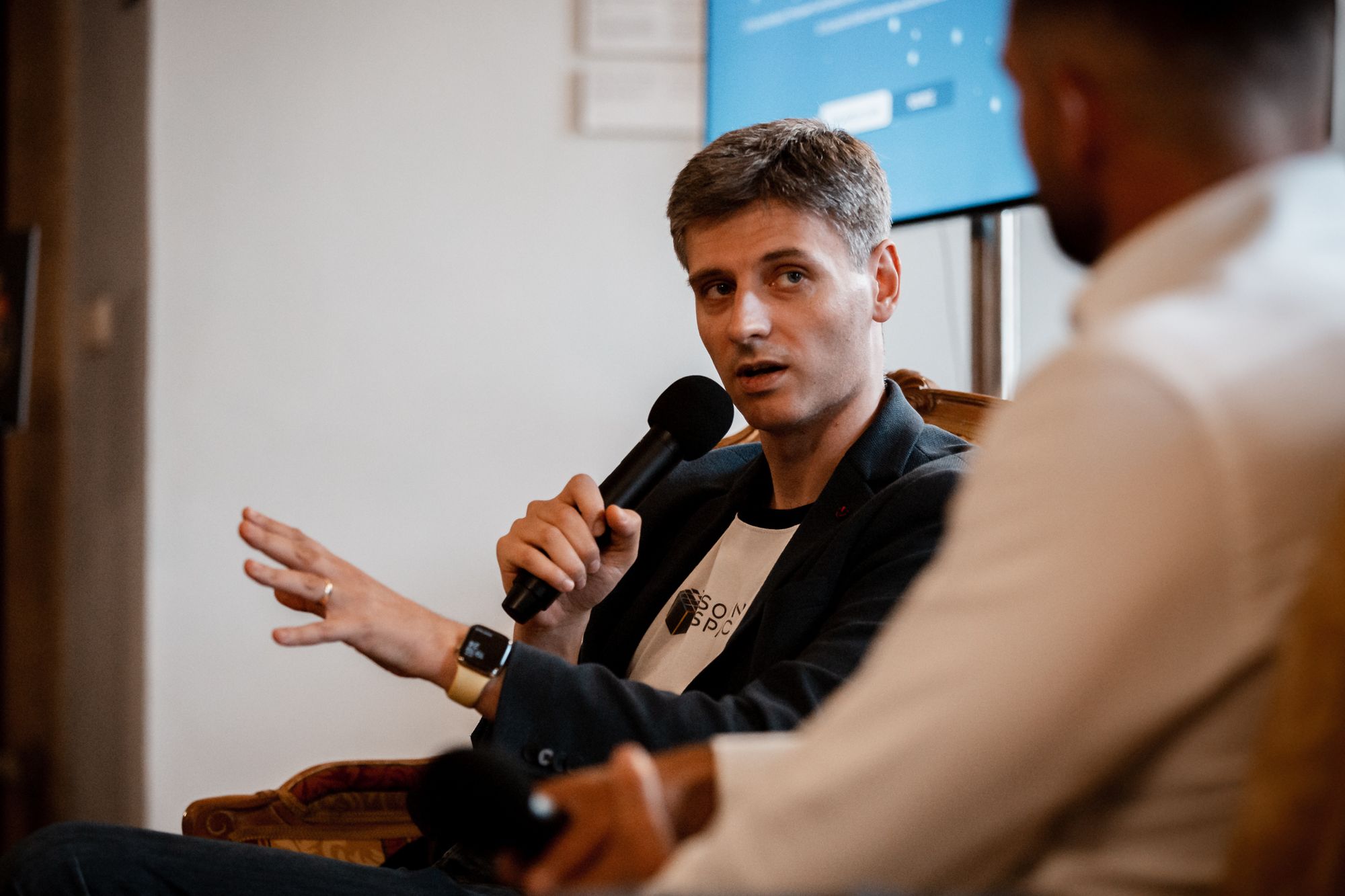 When it comes to a truly immersive experience, Artur doesn’t think it gets better than the combination of a VR headset and a Teslasuit — which lets you truly feel the environment.

But Artur noted that the suit’s use cases go beyond fun; right now, it’s primarily B2B and is being used for training police officers, firefighters and pilots. It’s also a great tool for hospitals.

“Some people have no control over their muscles. Teslasuit can make you move one or several fingers at once, and it reminds the brain how your body should work — and that’s how you rehabilitate.”

“Blockchain is the best decentralization tool available right now,” according to Arthur. To ensure that Somnium Space is around for decades to come, it must be governed and run by users. It’s the same principle that applies to social media and free speech.

With this in mind, Somnium Space has recently launched an on-chain social media that runs on Ethereum and Polygon (with support for more blockchains coming soon) and lets users choose where they post.

“Everything you post is an NFT, so every post goes forever on chain,” Artur said. The platform guarantees free speech and that whatever you write will stay there. Additionally, it allows for monetization without a third-party gatekeeper.

“People have to be able to express themselves, and that’s why we launched it.”

Moving From “Kind of” DAOs to the Real Thing

“It’s about open-sourcing and decentralizing the software. We’re not there yet,” Artur explained. “There’s no true DAO in the world right now. It’s all kind of DAO — but I mean true DAO.”

Using an example, Artur said that although the blockchain community calls out Microsoft users for utilizing centralized networks, he finds the opinion a bit skewed.

“Do you realize that the amount of different data centers Microsoft has around the world is probably more decentralized than any other blockchain except probably Bitcoin and Ethereum?”

Before the time of a true self-sustainable economy arrives, Artur believes certain technological, psychological and legal advancements are needed. Only then can we arrive at the goal of the most active users and the general public taking over all responsibility.

“It’s all good and pink and dandy until a problem comes in, and then someone has to decide,” he said. “The ability to clearly see, either on the code bases or on the legal part, who is responsible in what cases and which systems will be in place, which mechanisms will run in case of this happening, and that happening, and so on.” 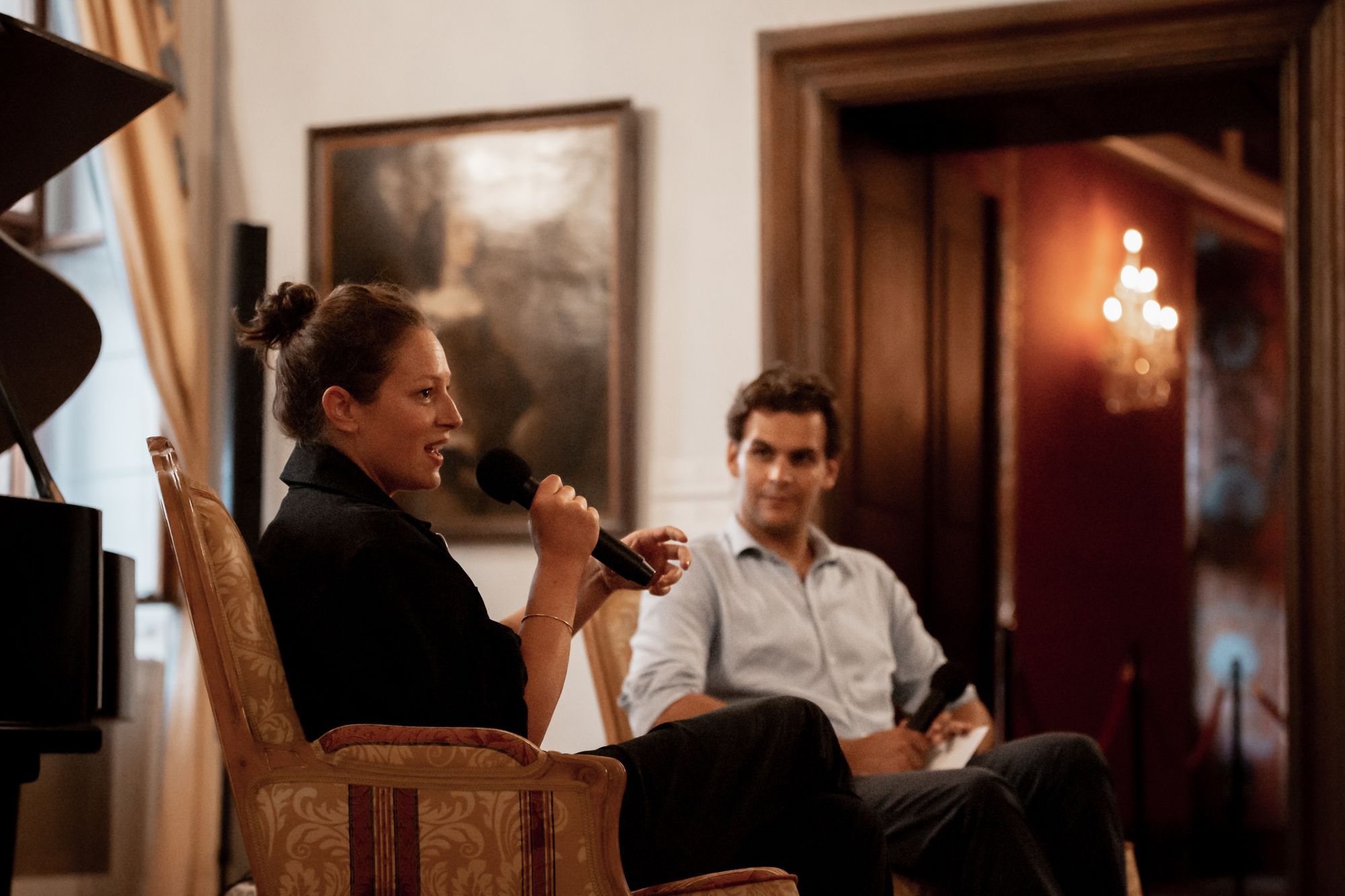 “I was always very fascinated by what’s happening in the digital space but I felt that the museum world was not really taking the opportunity of the internet.”

Pauline started Artpool as a “professional artworld LinkedIn” focused on the work of art curators — the people who connect with artists and tell the art’s story, ultimately creating the intangible atmosphere of a memorable art exhibition.

When it comes to NFTs that don’t have a utility but are purely a piece of art, Pauline believes curation is a valuable tool especially because, as a buyer of something you don’t physically see in front of you, you are relying entirely on the description and the “online exhibition.”

“There is so much out there. Where do you go? How do you choose what to buy? The curators can help you do this. They can create content, write about the work, give you that door.”

Today, Artpool employs more than 900 professional curators working with galleries, museums and public projects all over the world, creating new digital streams of revenue for artists.

“At the moment, [artists] do a lot of work online but are not being really rewarded for it — which is where web3 comes in with its wonderful tools.”

After gaining traction and bringing in various types of potential buyers, Artpool decided to experiment with NFT collector-targeted activities. For Pauline, the difference was significant.

“There are people looking for art but also utility and investment. I think that, by essence, art is an investment, but it takes time,” Pauline explained. “The velocity in the NFT space is not necessarily in line with the velocity of the art.”

After experiencing this distinction and gathering feedback, Artpool decided to place its focus on people who love art and now also facilitates physical, framed prints. 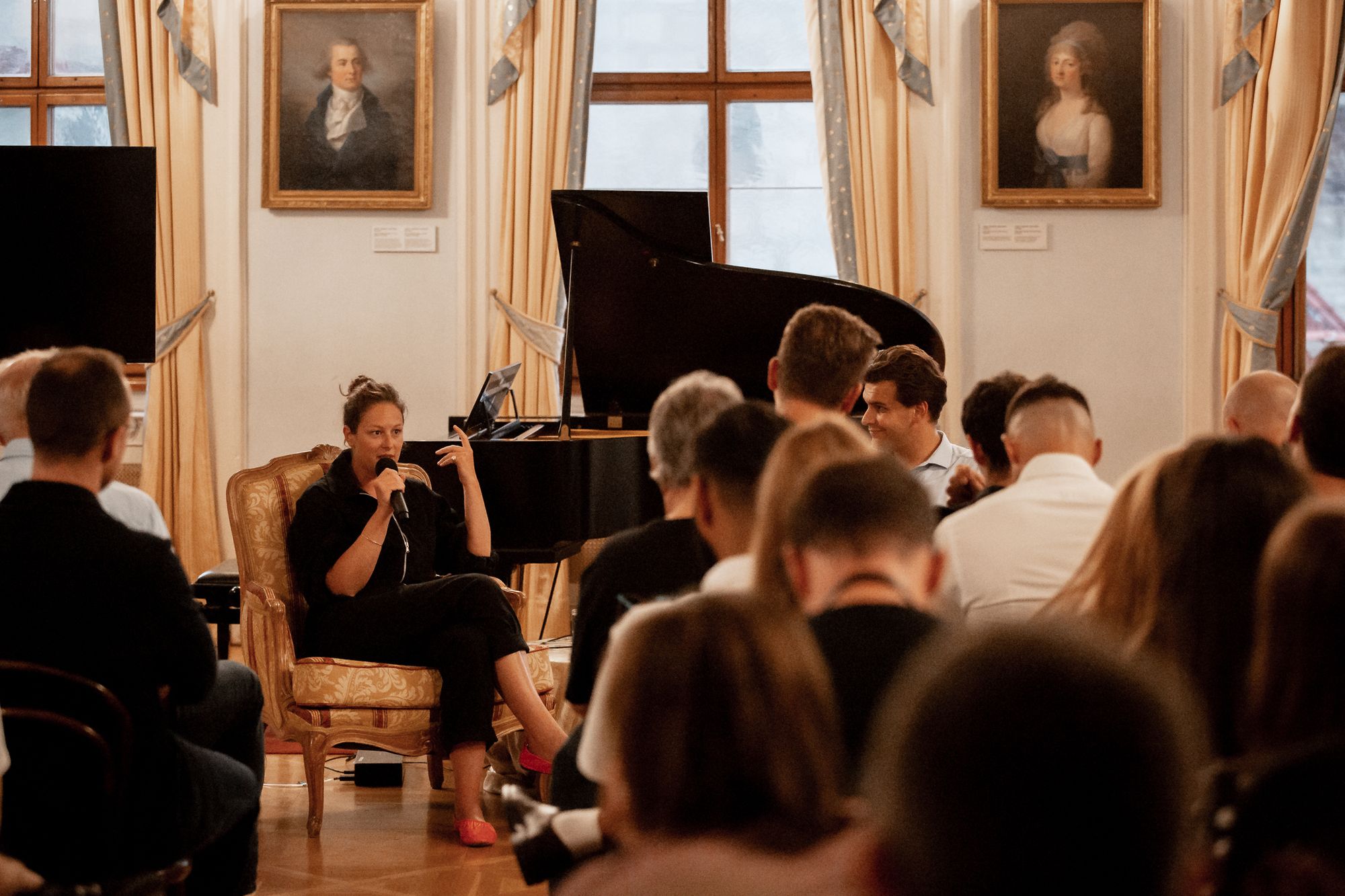 How Can Web3 Attract More Artists?

The web3 world eliminates barriers, provides immense creative freedom and emphasizes the return to the patronage model — artists are once again developing closer connections with their patrons (the buyers), as was the case historically. But can it do more?

With so much to explore, Pauline believes people may have great ideas but are blocked by not understanding the web3 vocabulary. Making the space more accessible is crucial.

Artpool is doing its part by translating the lingo into terms that curators and artists can comprehend. And to do this right, Pauline said they’re choosing not to employ all of the tech at hand just yet. Instead, they’re starting with the basics — getting people on board.

“Everyone can come in and, once you’re there, we can show you the rest. We start with NFTs, credit card payments, fixed images that you can print… then, when we get to the next step, we’ll bring tokens, have a tokenomy where you can win. But you need to do it step by step.”