Sudheera Vanguri dropped by our offices last week to talk about her journey from Bangalore, where she worked as a full-stack developer at Yahoo, to Silicon Valley and eventually Amazon Web Services’s enviable AI division.

Sudheera, a senior product manager in charge of Amazon Lex and other AWS consoles, was our latest Silicon Valley Insights speaker, giving our rapt audiences in Brno and Prague a glimpse of what life is like at one of the tech industry’s biggest players.

Her fireside chat with STRV COO Lubo Smid was eye-opening. She discussed Amazon’s “customer-first obsession,” bot-a-thons as well as its latest AI advancements, like the company’s cashless shopping experience (aka Amazon Go) and, of course, Lex, the magic that powers Alexa! 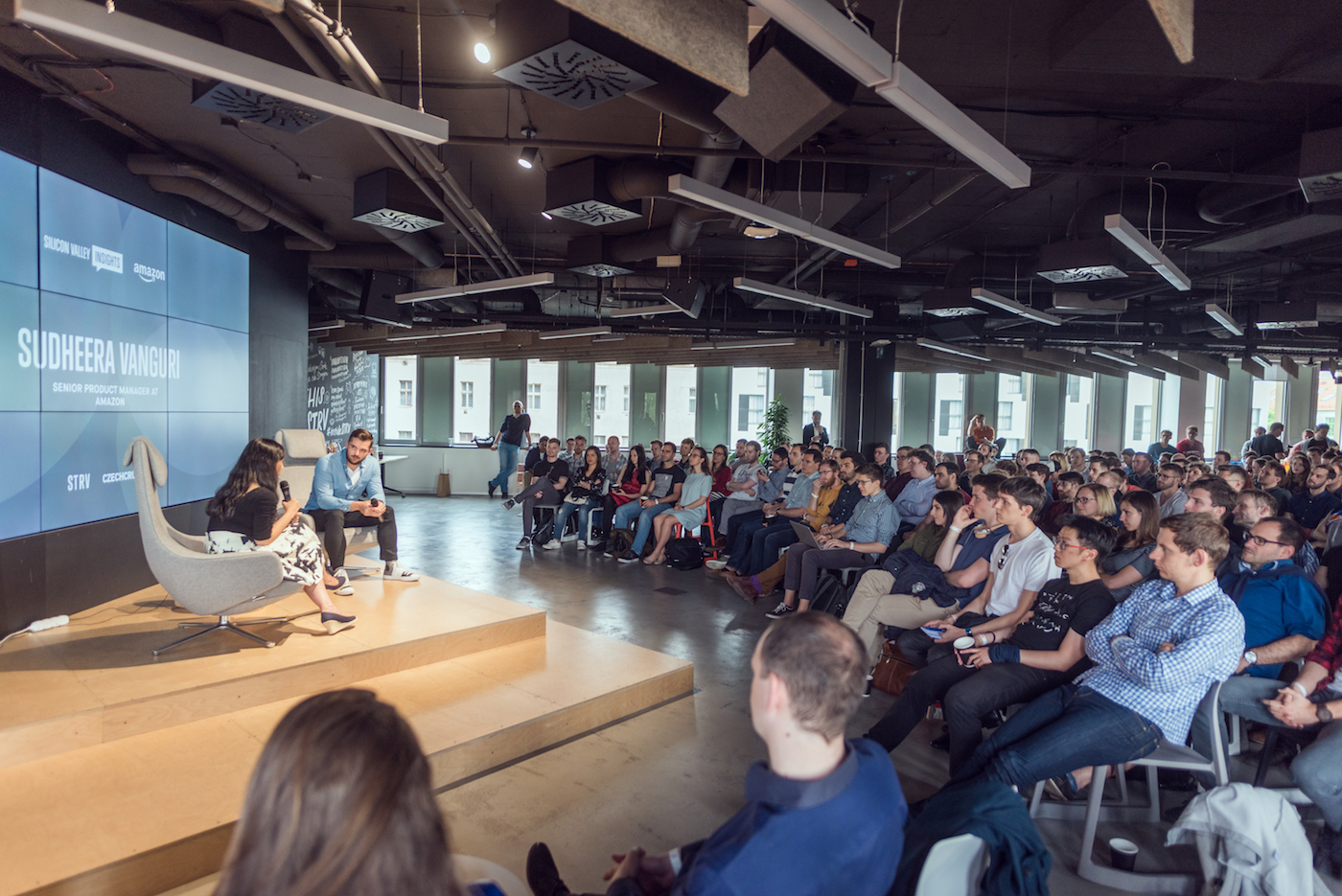 Things also turned personal with questions about her favorite programming language (JavaScript — a detail which elicited a lot of groans from the Prague crowd) and whether or not she and her husband, an engineer at Uber Eats, have an NDA when it comes to pillow-talk about what’s going on at work. (For the record, they don’t have an NDA.)

Sudheera, a self-processed hacker geek with engineering and business degrees, said she found the jump from coder to product manager to be a natural progression. In fact, Amazon requires that its PMs have technical backgrounds. 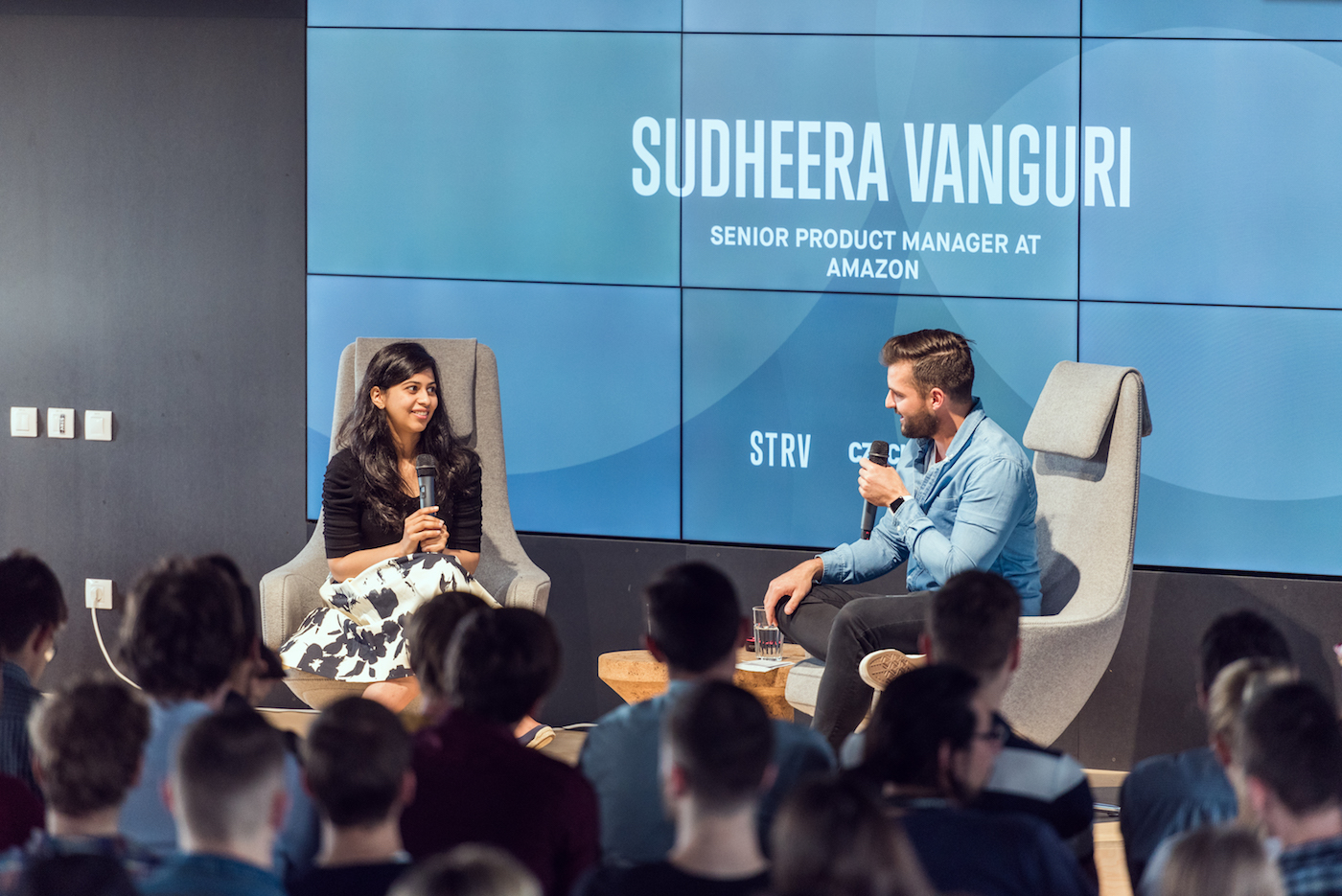 The company employs a “working backwards” strategy, where PMs imagine a product launch, write a press release announcing said product launch and then Amazon engineers are tasked with building a product based off that imagined scenario.

She explains that Amazon won’t develop a product unless there is a real-world need for that product and not simply because the engineering department thinks it would be cool to build.

“Anyone who comes to for work for Amazon has to come in with customer obsession,” Sudheera said. “We look at what our customers want more than what our competitors are doing. That’s the approach we use at Amazon. Ideas are produced based on meeting customer needs — your job as a PM is to make sure the right project gets built.”

These days, the buzzwords over at Amazon revolve around deep learning, machine learning … and drones, which Sudheera was mum on, except to say that Amazon’s drone division is “very much a reality.” The company should also be unveiling other AI nuggets later this year, but exactly what, Sudheera wouldn’t say.

Perhaps we should have asked Alexa.

We took a ton of pictures during the fireside chats in Brno and Prague as well as the lively after-parties. Check out the gallery for Brno here and for Prague here. 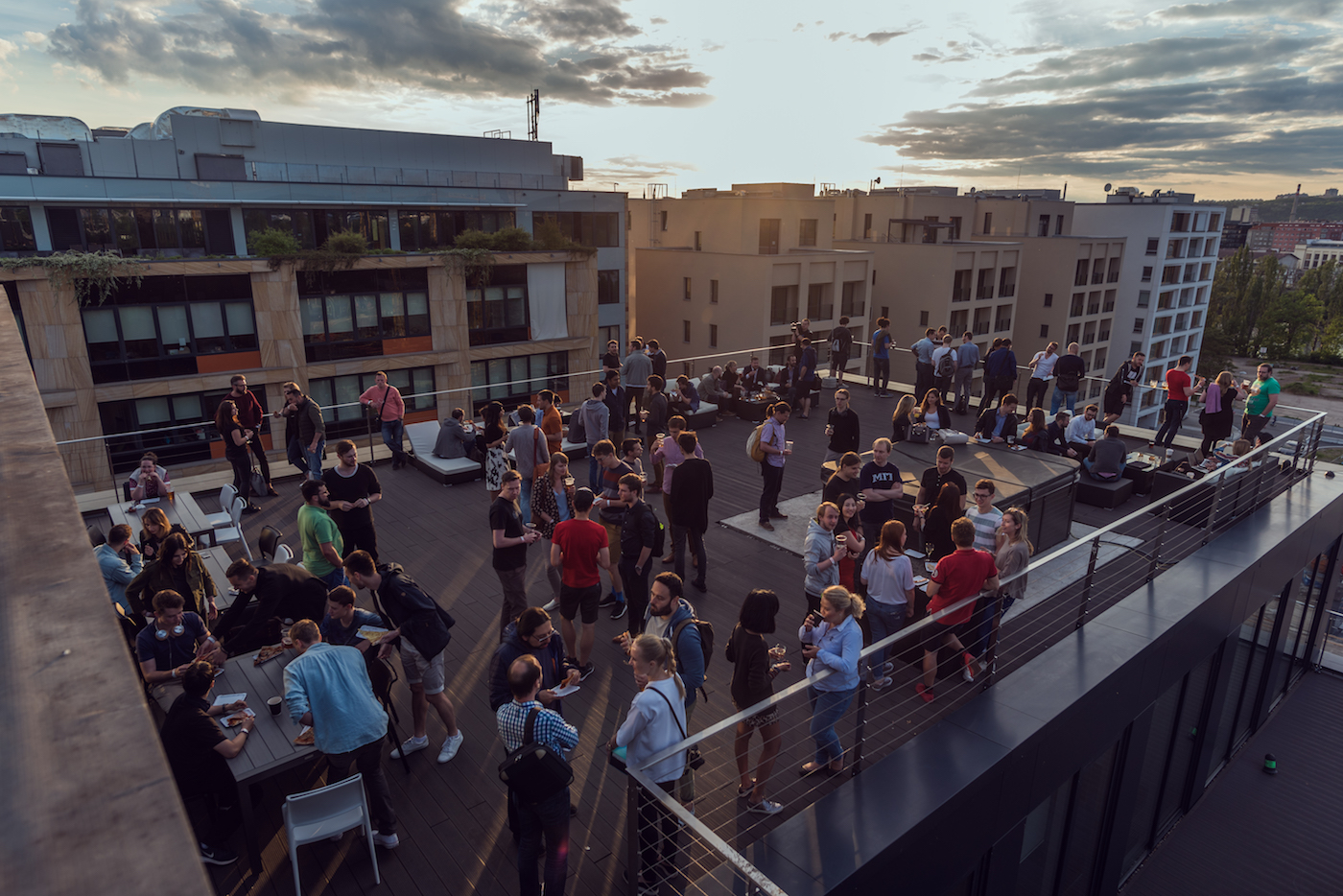 We are already planning our next Silicon Valley Insights for September. In the meantime, subscribe to our newsletter or follow us on Facebook and Twitter and be the first to hear about our upcoming events!