After taking his code from Bratislava into the heart of Silicon Valley, Peter Csiba is ready to share his insights on the differences between working for giants like Google vs smaller companies like Robinhood, where he’s currently at. Peter will be sitting down with STRV CEO Lubo Smid in Prague on November 14 to reveal his journey on what it’s like to work for both worlds and answer any questions you may have along the way. This fireside chat is something you don’t want to miss.

Originally from Bratislava, Peter started out as a Java developer, moving on to become a financial advisor and then going back at it with the code as a web developer and a data mining analyst at the same time. Soon after, Peter got the green light from Google and he made his way to Silicon Valley as a software engineer. Fast forward 3 years and you can now find Peter in Palo Alto, working with Robinhood.

Seating is limited, so be sure to grab your tickets here:

Get your tickets now >

The fireside chat starts at 7pm and will be in English. Networking, pizza, and beer on tap will be open and waiting for you afterwards on our seventh-floor terrace Scrollbar.

Anyway, because we’re not good at waiting and since we’re already excited, we’ve shot Peter a few questions his way. 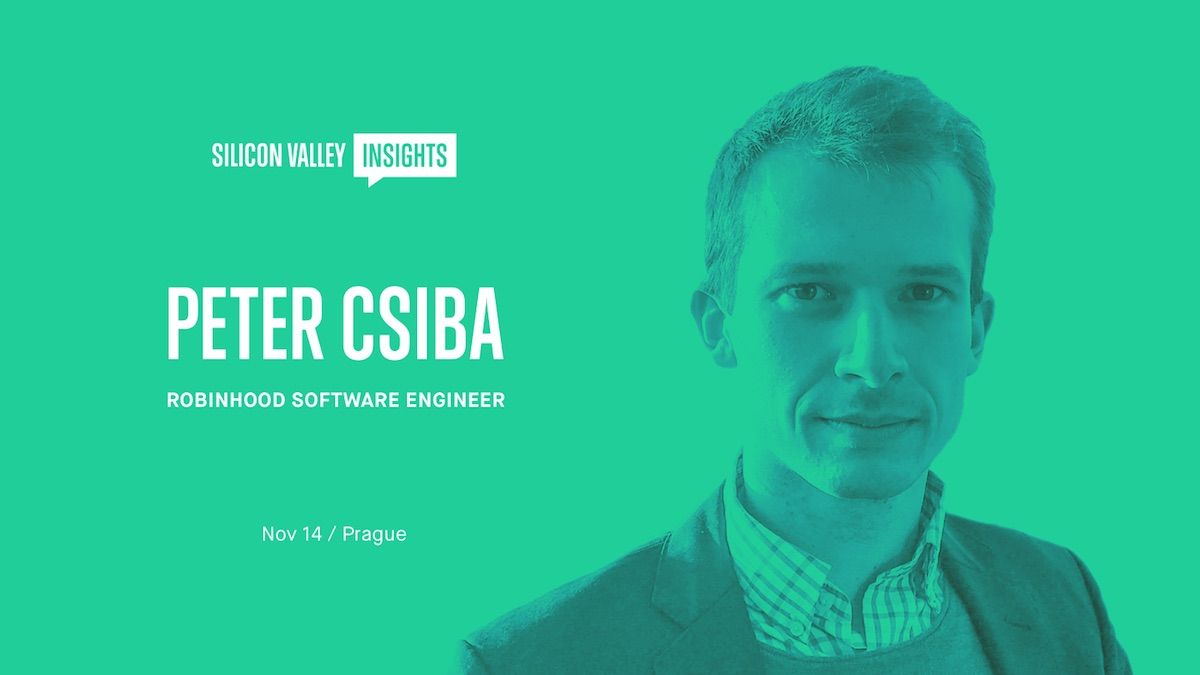 Here’s a little sneak preview of what you can expect when Peter comes to town:

What’s a major difference you’ve noticed from going from Google to Robinhood?

Besides the standard differences between corporation and smaller companies like work pace, politics and red tape, job stability and work hours, I usually compare the jobs at entry level (0-5 industry) by saying:

Working at Robinhood feels like running your own business, whereas working at Google feels like doing a PhD.

At a smaller company you get much more responsibility, like a project or a service you charge. That means you have to do everything around it, from prioritizing tasks and features, internal/external support, maintenance (bugs, oncall, ...), some days are crazy and some are more chill.

On the other side, my job at Google was to focus on this super narrow scope, and make it the best you can in the whole world. You first spend time to understand what's going on, it's usually technically pretty complex and challenging. Then you try out some things and finally implement what's best.

What’s your backstory on the first contact you had with Google?

Don't recall it exactly. Obviously using their Search product was a magical experience. Regarding my employment contact, several peers a generation above me were working there and seemed to be happy.

So I've applied for their summer internship. It was my first interview in English and I screwed it up. Yeah, I should've practiced mock interviews (unittest), do a few with companies I don't like so much (integration test) and only then go for it.

Anyway for full-time I did get to onsite in London in Feb 2014, did really good on N-1 interviews but screwed up one. I told that to my recruiter. A week later I got one extra phone call and I nailed that. Got an offer and started in Oct 2014.

Get your tickets now >