Another 40 engineers and designers successfully joined the ranks of our rapidly expanding STRV Academy alumni club. Our summer program geared toward those who are at the beginning of their professional careers just wrapped its sophomore year, and once again we couldn’t be more thrilled with the caliber of our graduating class! 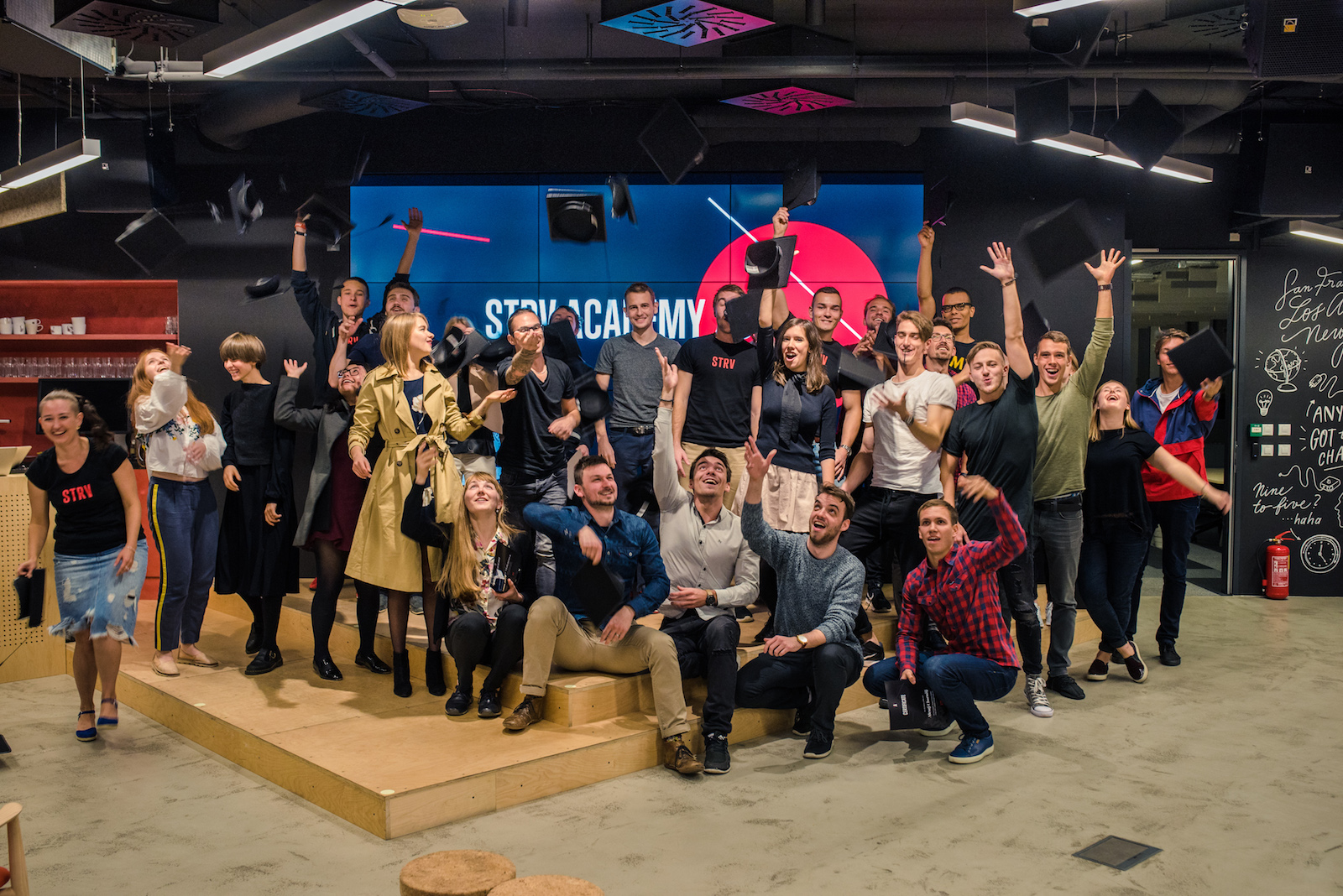 Those who actively participated in the whole three-month program, cooperated with STRV mentors and their fellow team members were awarded with “Approved by STRV” certificates during a graduation ceremony at the end of September. We are already considering a few of this year’s Academy “students” for full-time positions at STRV.

With the goal of helping to build the next generations of ace software engineers and designers, Academy 2017 offered four platform tracks – Android, iOS, Frontend and Design.

The approach this year was slightly different than last summer when students’ main focus was on building their own project from the ground up under the guidance of STRV mentors. This time around, we spend more time lecturing, though students still needed to submit a final project to graduate.

Our tech and design leaders prepared weekly platform-specific lectures as well as soft skills workshops that covered, among other things, team cooperation and leadership, presentation and pitch skills and building startups. 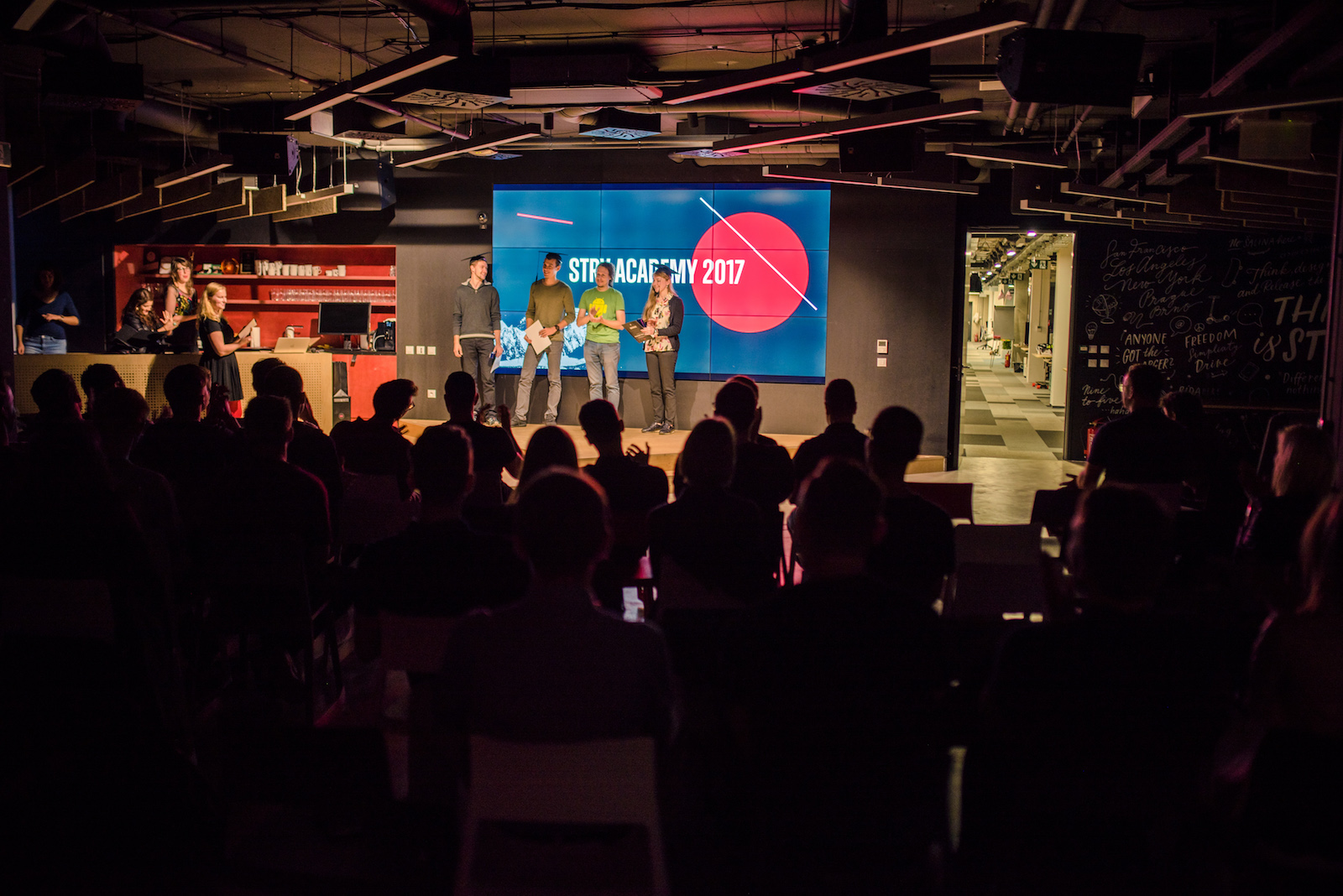 “It was challenging because we had to prepare a study plan and content for the lectures. For the Frontend track, our goal was to transform Frontend coders to Frontend developers. We went through some basic HTML, CSS just to be sure that we are on the same page. After that we jumped into JavaScript and React,” says Frontend Team Lead Danny Kijkov. “After three months of hard studying, students should be able to build web apps by their own.”

Those participating in the Academy’s Design track were given a thorough introduction to STRV’s complex design processes and theory. Our lecturers explained how to apply various design principles to real-world projects.

“The topic that probably sparked the most debate was primarily connected to a designer’s ability to successfully lead client projects, from communicating ideas and changes to finding common ground with the client,” says Marian Fusek, STRV’s Design Team Lead. “We had designers from various countries. I feel confident to say that each of them improved in some way, whether it was in the design itself, the ability to handle future projects or communication techniques.”

While this year’s emphasis was more on theory, the basic concept of STRV Academy remained unchanged – the more you put in the program, the more you got out of it. This went for both lecturers as well as the participants.

“I really enjoyed working with Academy students. They were super enthusiastic and hard-working, despite all the difficult tasks they had to do. And based on the results of the final project, they also learned a lot. It’s nice we’re able to give some of our know-how back to the community,” says Jindra Dolezy, STRV’s iOS Team Lead.

We are hoping to bring on a new group of dynamic IT enthusiasts next summer. For more information about when we will be accepting applications for STRV Academy 2018, follow us on Facebook or subscribe to our newsletter. 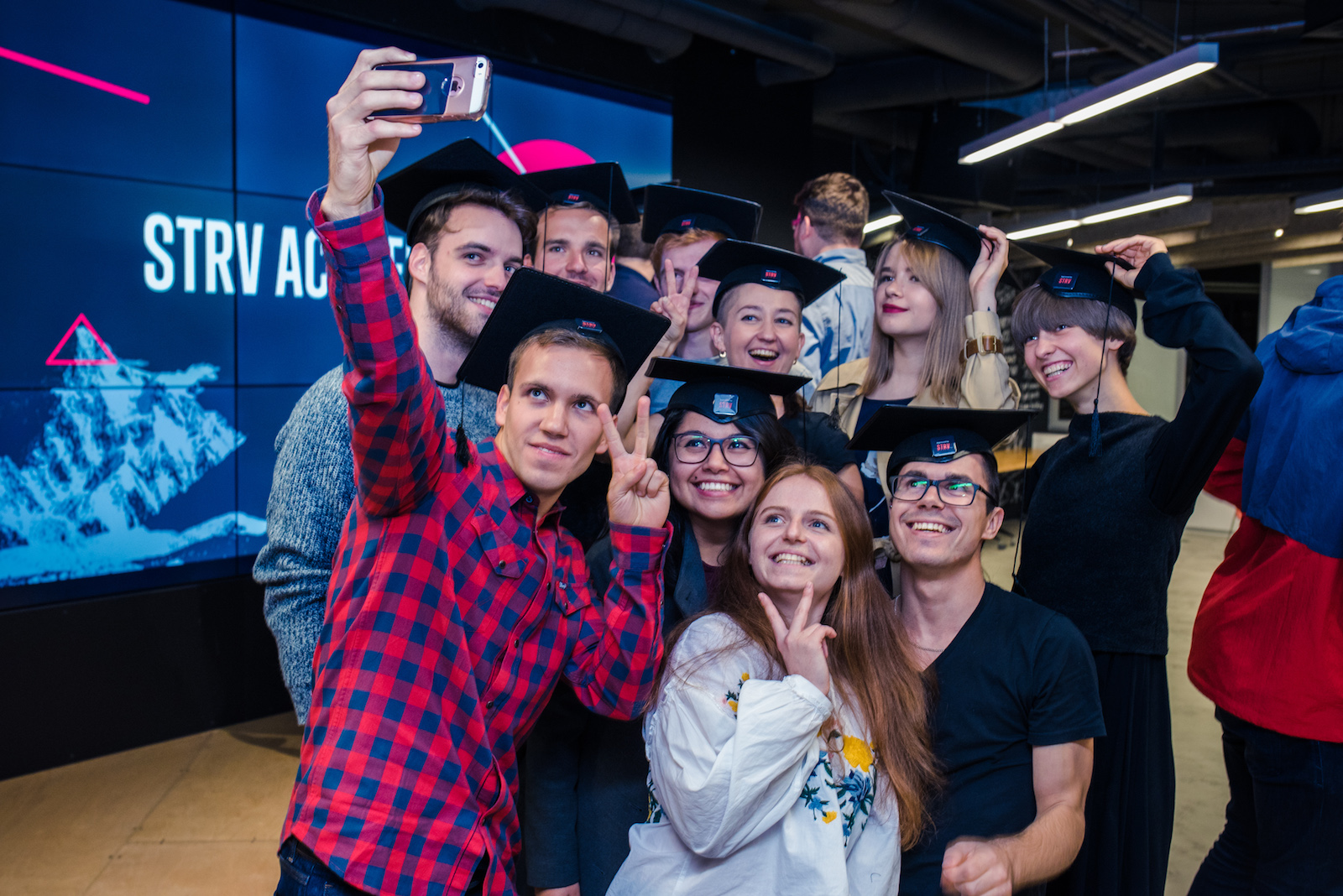 In the meantime, we’d like to leave you with this little ode Vojta Bohm penned about his time on STRV Academy’s iOS track. It made us blush!

At first, I didn't know about STRV.
What do they do here?
But then it became clear.
They make good apps, and they drink beer.

I was glad I could join this place,
I got lots of experience and personal space.
Making the app was like a horse race,
which ended with a showcase.

The people here are awesome.
They got beautiful HR ladies.
This company's like a flowery blossom.
Can I stay a bit longer, please?

I met a lot of friends,
And a bunch of experienced mentors.
Unfortunately, it all ends,
but it opens so many doors.

Working here,
I overstepped my borders
while I was following
Mighty Jindra's orders.

I received help when I needed.
We were all nicely treated.
As I said, my bounds were exceeded.
On our iOS sessions, I heeded.

When I go and look back,
to three months ago,
I didn't know about Slack,
and my iOS skills were low.

I would like to THANK,
everyone who's sitting here.
This journey was pretty DANK,
now I can start my iOS career.

Before we all go cryin’,
let's appreciate this moment,
cause this memory ain't dyin’.
It will never become dormant.