The STRV mindset is best reflected by the word strive. But our name was never meant to carry the weight of our belief system; that part’s a bit of a coincidence (we’ll get to that later). So, why strive? What’s behind our decisions? Here’s STRV in a nutshell. Honestly, simply.

STRV has always been a team of people who genuinely care—about driving projects to the finish line and creating something successful, something that makes them proud. Our milestones don’t make us content and comfy; they push us to strive for more, for better.

Don’t know something? We learn it. A small glitch in our process? We improve it. This movement forward is what makes us who we are. We’ve stopped caring whether our mindset sounds like a “revolutionary, innovative” statement or not. Truth is often simple, and it should be enough.

To avoid incomplete translations of our morals into words, we’d like to explain our mindset through past decisions. The stories below show how STRV has always been driven by the same principles, and how that mindset’s affected our work, culture and everything in-between. 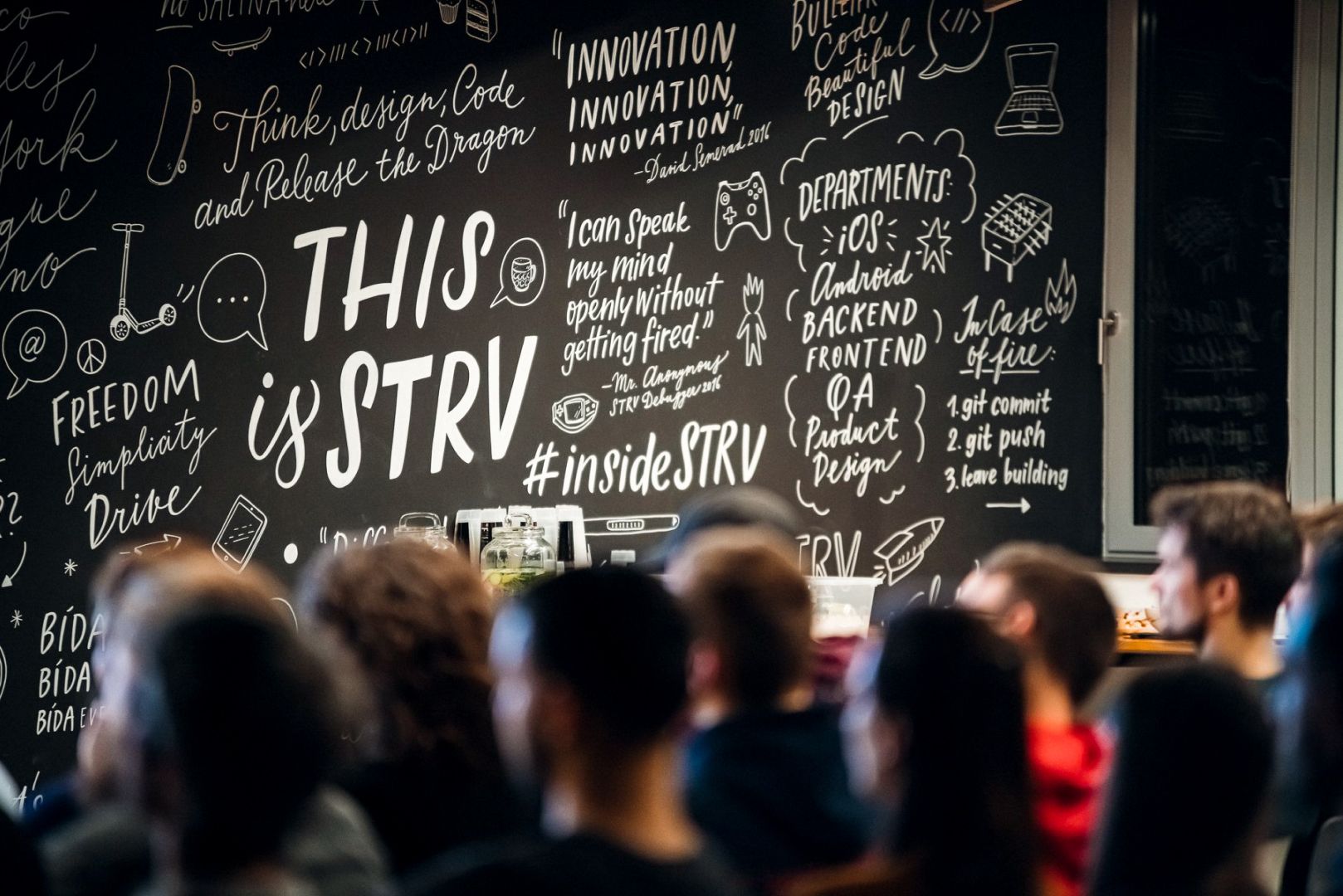 Way back when, our small team had a list of potential names, but nothing felt quite right… until one of our founders watched a movie trailer and heard the word strive. It just fit. Although the name was never meant to encapsulate our mentality, the tone and sentiment felt spot on.

And then, the domain name wasn’t available. Rather than hanging their heads and starting the search over, the founders weighed their options and ultimately went with the disemvoweled version: STRV.

What set STRV apart very early on, and what remains embedded in the STRV mindset today, is the conviction that the right answer can always be found—we just have to stay calm, open-minded and alert. If there’s an obstacle, we’ll figure it out. And if there’s no choice but to turn to plan B, we’ll make it work. Every change comes with its own positives. 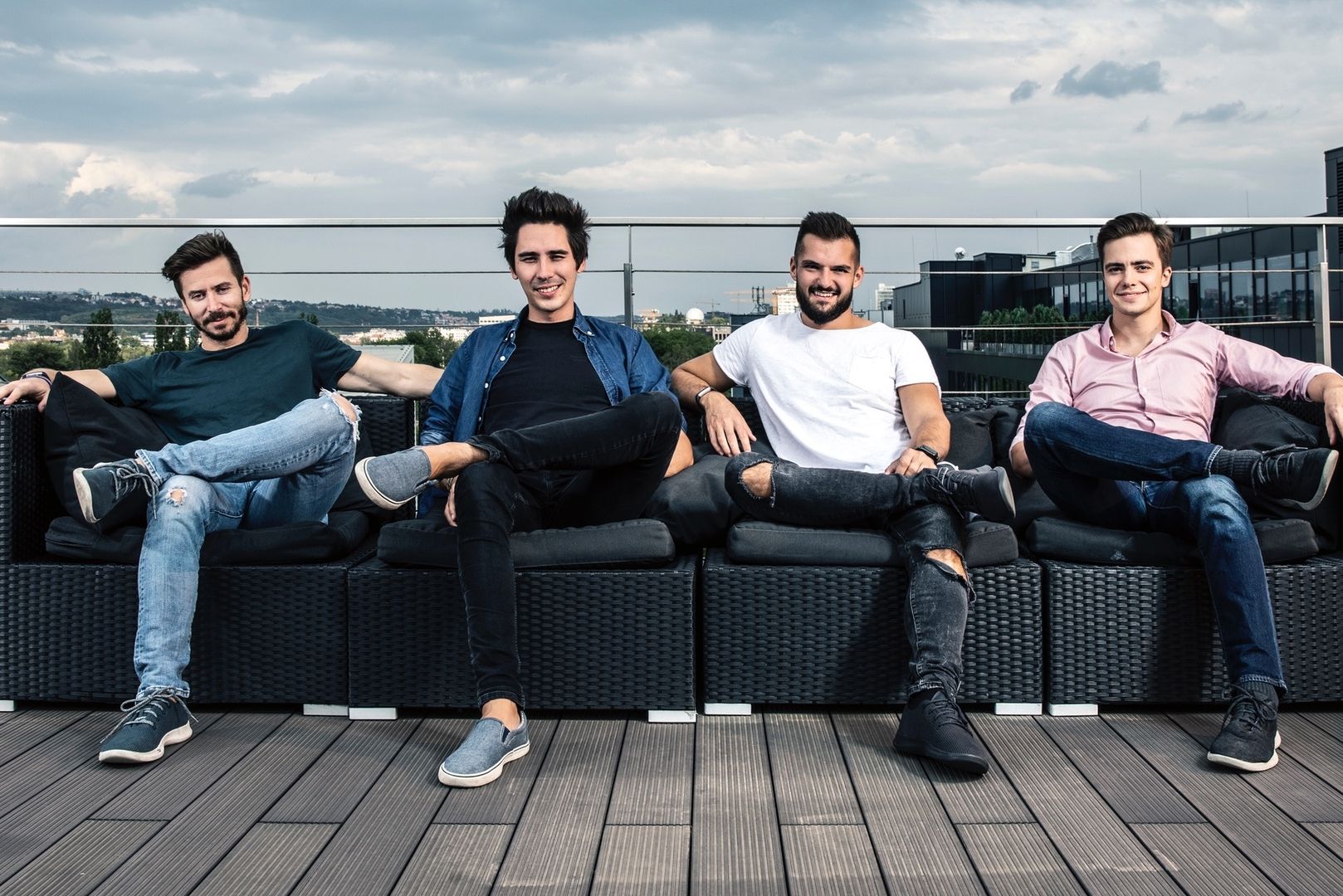 Sitting in Prague, STRV wanted to tackle the most dynamic challenges in app design and development. At the time, those were indisputably found in Silicon Valley. And so, confident enough to know our strengths yet sensible enough to recognize it wouldn’t be handed to us, we pointed our efforts at the most competitive market in the world.

Nabbing one of our first prominent clients was no picnic. Before anyone had really heard of STRV, we decided to go after a big fish (legally, we cannot elaborate; think what Uber is for transportation). This L.A.-based industry leader had a vast global following, but we were convinced we could expand it even further with an Apple TV app.

STRV built the app without knowing if we’d ever actually get a chance to present it. We then chased the company’s team down until we were allowed in their office, where we showed off our solution on the first TV screen we found and scored one of our biggest clients—from whom we continue receiving referrals to this day.

It was a time of many firsts. In fact, STRV ended up building its first PWA (Progressive Web App) for this very client. But that’s the thing about real tech professionals. It’s not about knowing everything about everything, at all times. That’s impossible. It’s about fearlessly jumping in, finding joy in learning and never doubting that you’ve got this. 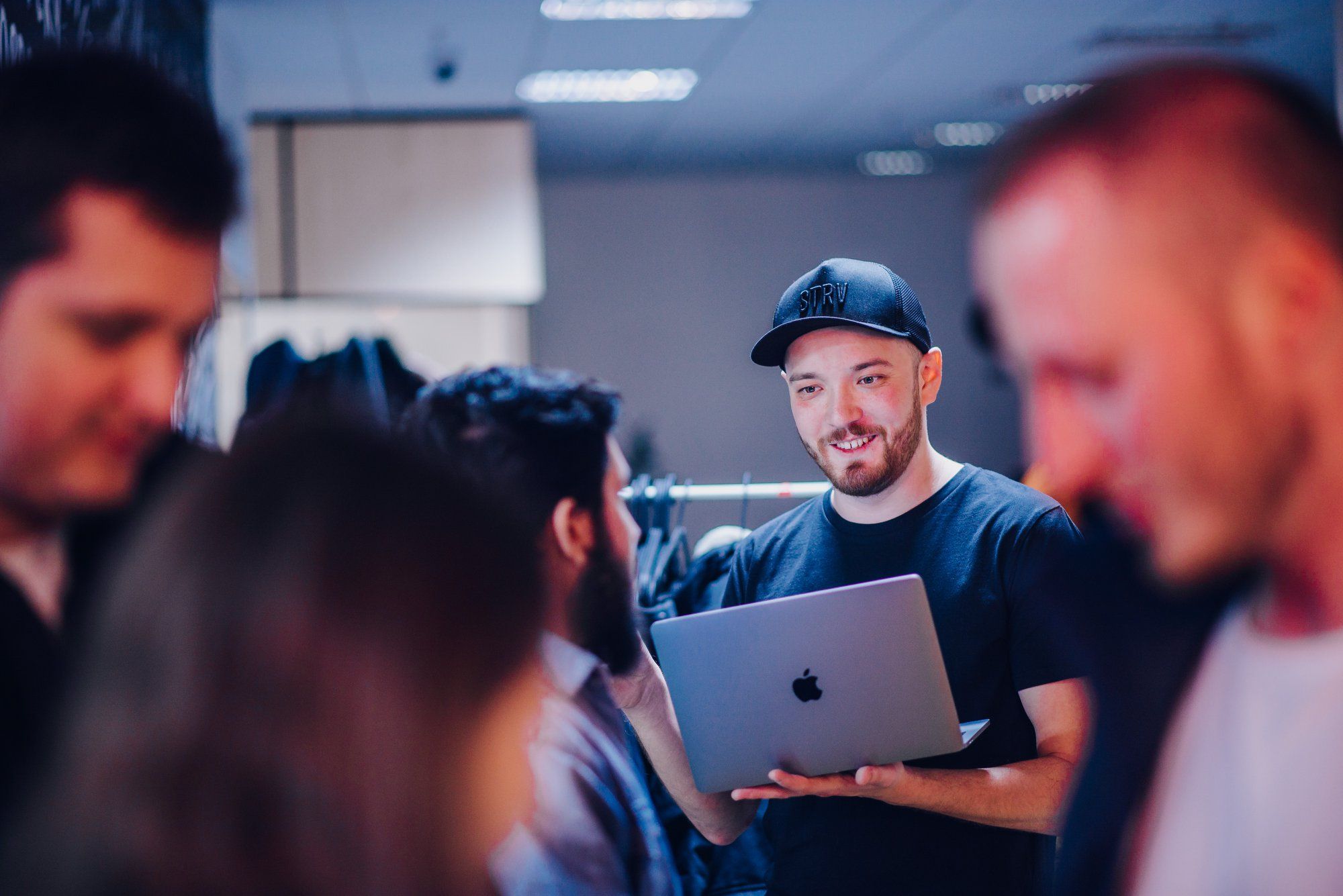 DEFINING OUR ‘ABOVE AND BEYOND’

The sheer excitement that fueled STRV’s team of newbies years ago continues to fuel us today. Case in point: Barry’s. Established in 2020, this partnership was long in the making, with two of STRV’s co-founders showing unparalleled support for Barry’s workouts by visiting all 50 locations around the world in 2018. Doesn’t matter how big we get, there’s still nothing like the thrill of trailing a passion project.

The question is, can every new deal be a passion project? We’re not quite there yet, but that ambition is why we are selective when choosing our partners. Because what we’ve learned is that a passion project is not necessarily working with the newest technology, for the coolest brands. Oftentimes, it’s actually all about the amicable, talented yet curious people behind the name.

Our partnerships become passion projects when they are rooted in mutual respect. These clients understand that for us, acting in their best interest goes hand in hand with caring for our people. STRV comes with patient listeners who are ready to discuss, to try, to do the inconceivable—and we’re happy to go above and beyond like this when we know that the other side does the same. 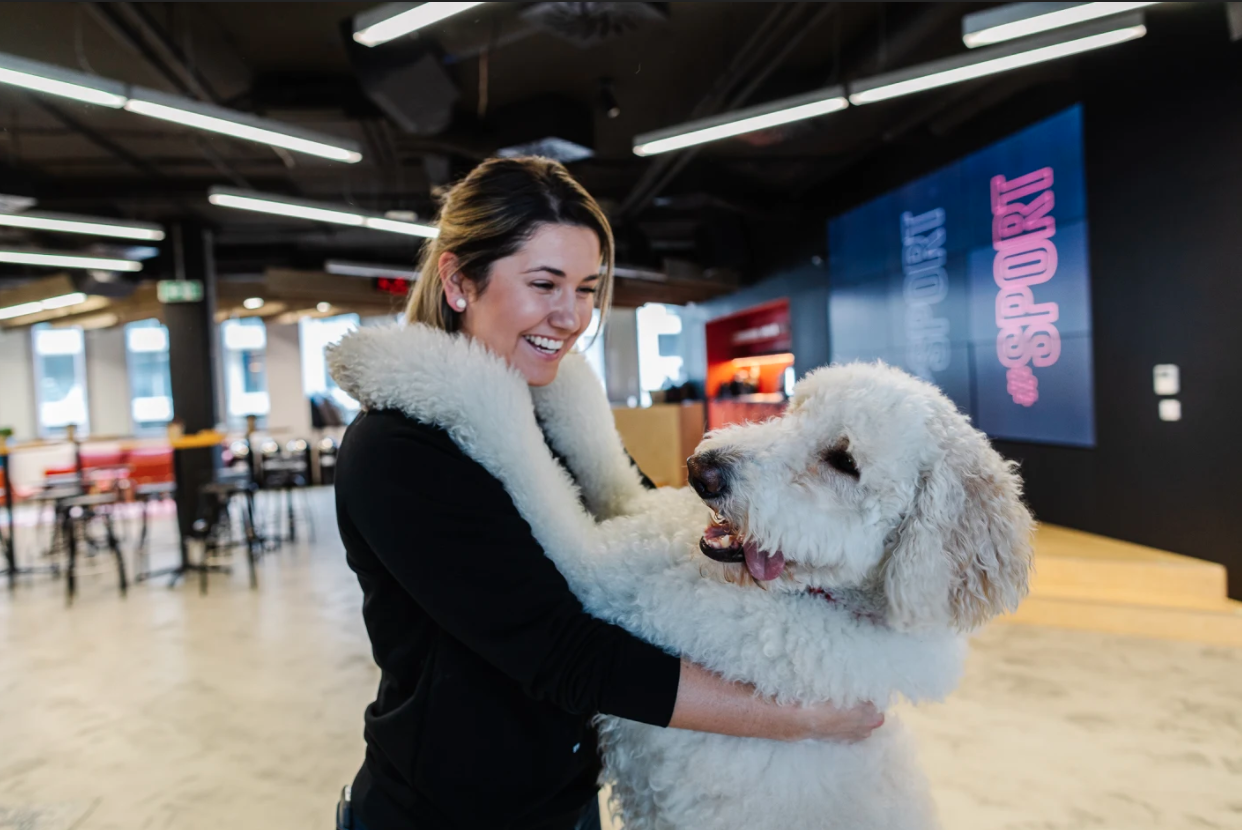 A contract is binding, but it should not invalidate compassion.

On a journey as winding as building an app from scratch, things will sometimes go wrong—and can go wrong on both sides. Anyone who tells you differently is selling something. Working as a united team of people who trust each other means avoiding the blame game and spending that precious time on looking for a solution.

There have been times when we’ve gone over budget and, if the fault was on our side, we’ve covered the costs. But there have also been many times when our clients have hit a rough patch, like needing to pause our collaboration as they awaited an investment. In such cases, it is never a black-and-white scenario. There are ways we can help. Our CEO, Lubo Smid, is close to every STRV project, and he’s ready to step in at a moment’s notice.

A recent example of the above is our three-year cooperation with Bonder. Reminiscing about Lubo’s reaction to the project hitting a speedbump, Bonder’s founder and CEO Scott Swanson explained:

“Here’s a guy that’s running a company, but he found the time to say, ‘Listen, I believe in you. I believe in Bonder. And I’m going to help you punch this up and soon, we’re back in action.’ That is a very cool, beautiful thing to do. He put wind in our sails again. And then, for the team to pick back up and adjust to whatever shifting needed to happen - they were able to do it seamlessly.” 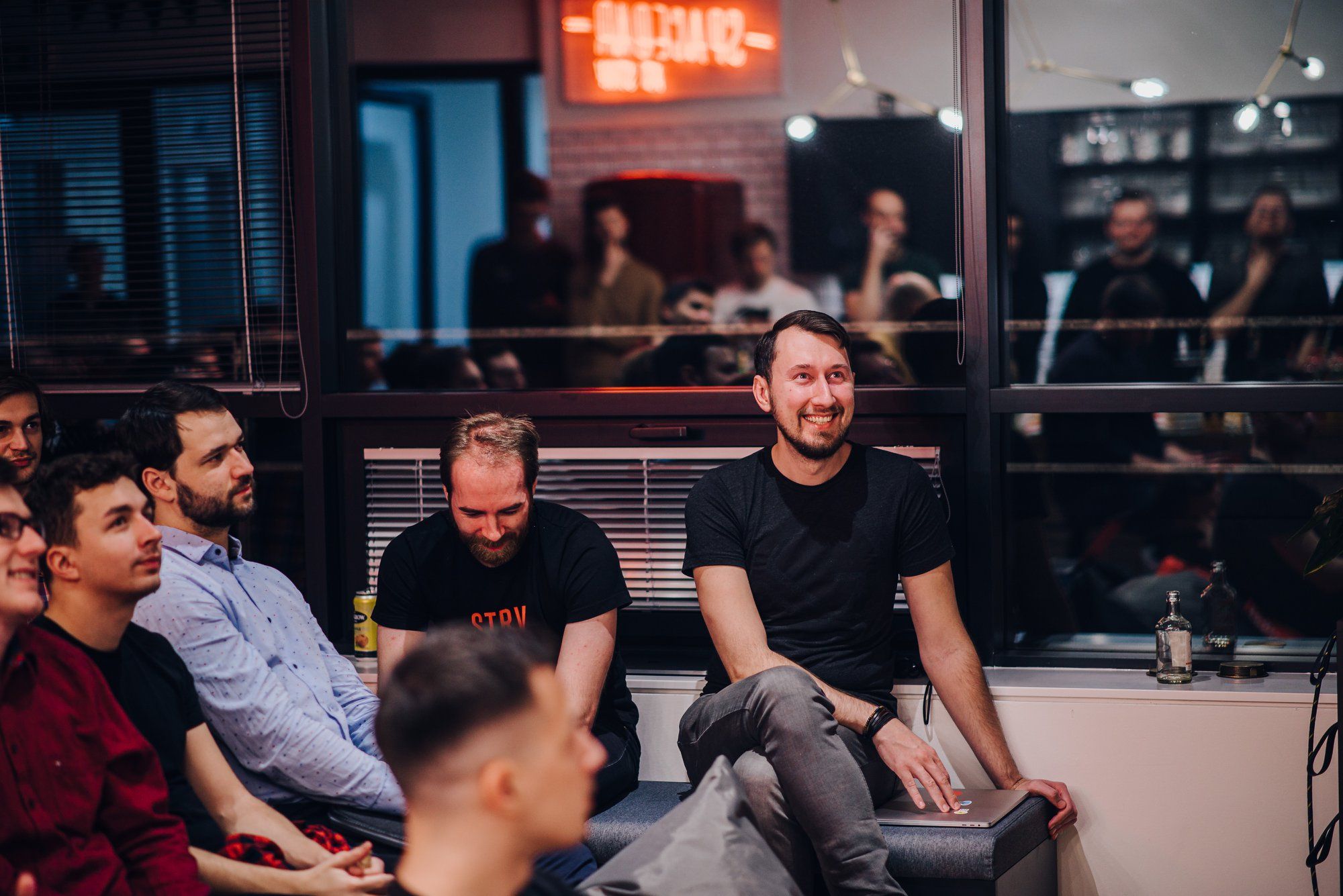 BUILDING OUR OWN PLAYGROUND

We believe in nourishing and trusting our own ideas just as strongly as we do our clients’. While we’ve been investing time and resources into STRV-made products for years, approaching internal projects as an afterthought is no longer the way we want to do things. There was room for improvement—so we’re improving. STRV Labs is now its own beast.

On top of expanding the successful projects we’ve already built or invested in—like a number of leading dating apps and Live Penalty—we owe it to our team to do more. Starting in 2021, we’re putting the proper processes in place and diving in as bravely as we once did with STRV.

As a part of our mindset regarding this topic, we’ll include a piece of advice: If you’re lucky enough to have a team of creative people that are itching to take on challenges, set them loose and watch what happens.

Many companies of our nature work on their own projects, so we’re not claiming this fact alone is groundbreaking. What we are claiming is something that you’ll never catch our humble team exclaiming, but that they’ve proven time and time again is true: We build exceptional products, and STRV Labs is about to do exceptional things. IN SUMMARY, OUR MINDSET IS…

This was not an easy article to write. Taking everything we do—our reasons, decisions, motivations—and putting a fancy ‘MINDSET’ stamp on it isn’t a very natural process. Just being asked to describe a person in one sentence can cause headaches; now make that almost 200 opinionated people and try to describe their overall belief system in a few claims. Tricky, if you want to do them all justice.

Ultimately, the STRV mindset is not a collection of goals. It is not a company vision. It is that something inside of us that has always made the STRV team gravitate towards like-minded people—people with whom striving to be better comes naturally, and who make even the most intricate projects a really fun ride.