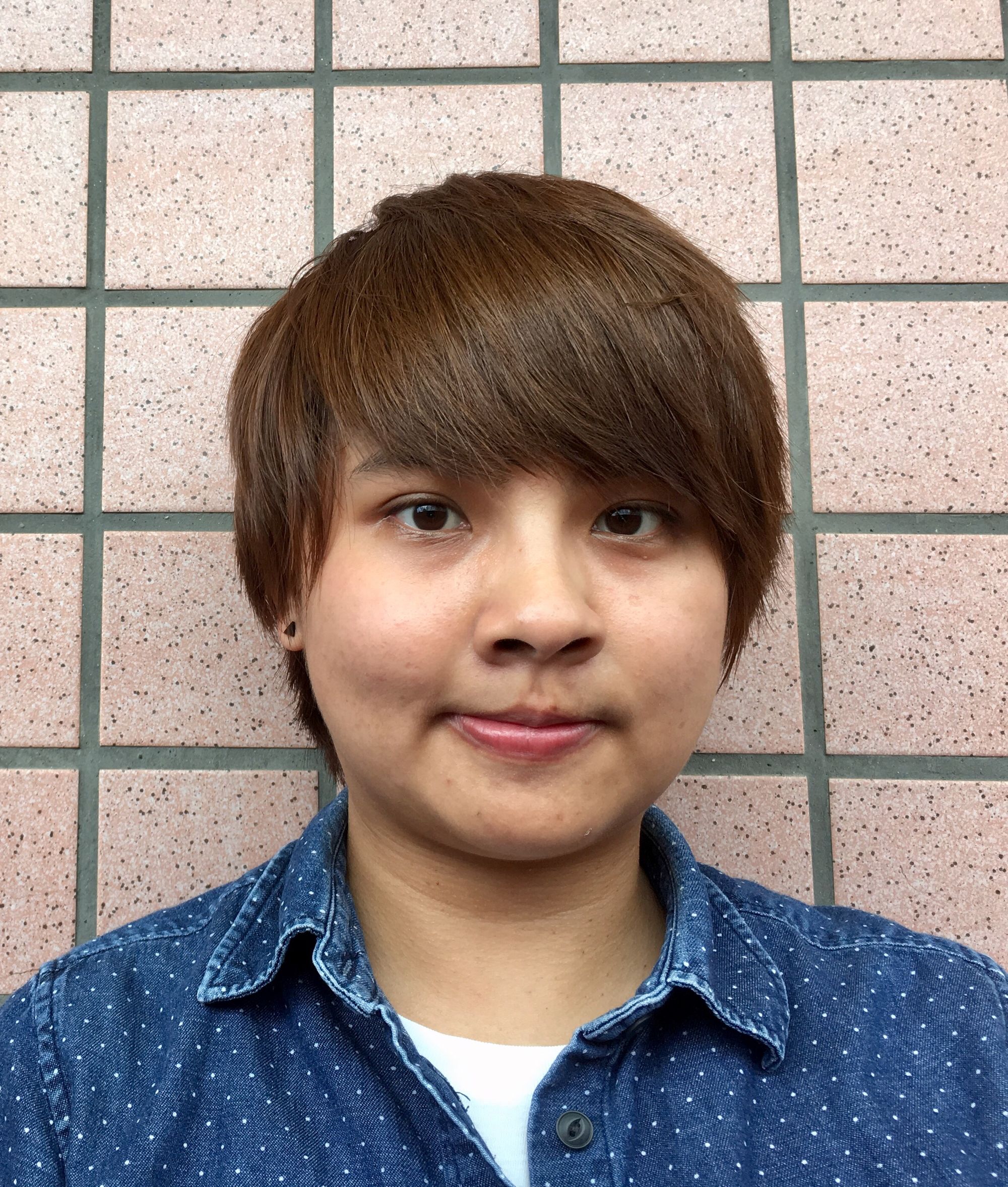 Last year, try! Swift won Best Conference in the Swift Community Awards. Let’s break down why it absolutely deserves that honor - and what you can expect if you get the chance to go. 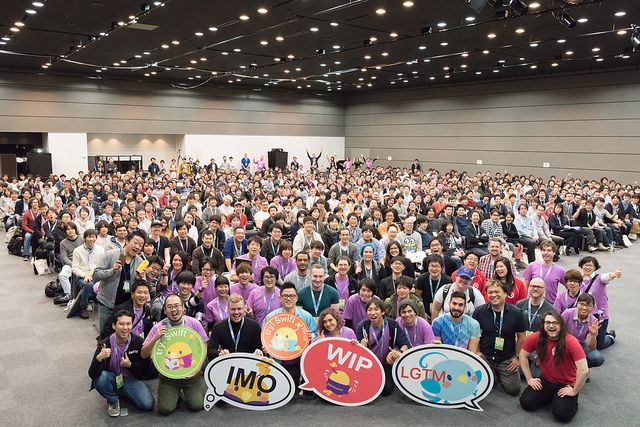 Japan is definitely a fabulous country to explore. try! Swift Tokyo 2019 was held during cherry blossom season in Shibuya, Tokyo’s most colorful and energetic district. During the conference, attendees were encouraged to take a walk and view cherry blossoms.

Because this is a bilingual conference, all talks were given in English or Japanese. Everyone had a real-time translator walkman and could choose their preferred language.

Here are my top three talks from the event:

Assembly - You Can Do It!
By Andrew Madsen

An assembly language is a low-level programming language. As Andrew pointed out, most programmers are a little intimidated by it. He was right - I also always ignore it in crash logs. Andrew mentioned iOS developers don’t usually need to write it, but they need to know it just enough so they can deal with tricky problems while debugging, and so they understand what exactly Apple’s frameworks are doing.

Below are some links shared by Andrew. They help you learn more about an assembly language and make you a better debugger!

Mayuko is a senior iOS software engineer at Netflix, as well as a YouTuber. (Her channel is HELLO MAYUKO.) In her videos, she dispels myths about technology education and the industry itself, aiming the conversation at more nuanced aspects of working in tech. Fun fact: her videos inspired me to become an iOS developer.

In her talk, Mayuko focused on the large gap between individuals trying to enter the industry as a software engineer versus an iOS developer. She observed that the cost of getting into Apple development is extraordinarily high compared to other areas of software engineering. Because Apple development and Apple products - like the MacBook - are expensive, a lot of people can’t even try their hand at it. On top of that, people sometimes don’t know how to get into Apple development. She was right; these are the problems we have when hiring iOS developers at STRV.

Luckily, STRV organizes iOS Night to give attendees a proper understanding of iOS development and the necessary abilities for building iOS apps. In Mayuko’s opinion, the more programmers get into Apple development - and the more diverse the backgrounds of these programmers - the faster we can build amazing technologies of the future.

In Defense of Core Data
By Donny Wals

Provided and maintained by Apple in the macOS and iOS operating systems, Core Data is a framework that helps developers manage local persistence. Donny spoke about how Core Data has gained a pretty bad reputation, leading developers to use other services, like Realm. He then gave us a demo regarding the set-up of Core Data, explained where people tend to screw up, shared a couple of simple rules that help avoid those problems and showed us how to integrate it safely in our apps.

Personally, I’ve used Core Data in my own projects. At STRV, we utilize Realm to handle the local caching of data in all of our projects. Still, this was a very interesting topic for me!

During the speakers’ office hours, we were able to ask questions and have extensive discussions. It really expanded the knowledge we gained from their talks. The office hours are a great idea; my only complaint was that some office hours overlapped with other talks. 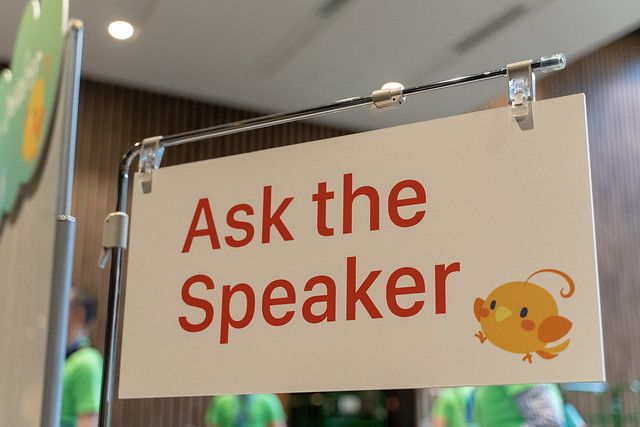 Tatami is a type of mat used as flooring material in traditional Japanese-style rooms. This zone was meant for us to take a rest, charge our devices or have some coffee while ensuring we didn’t miss the talks. The wooden chair with the pillow was my favourite - so comfortable! 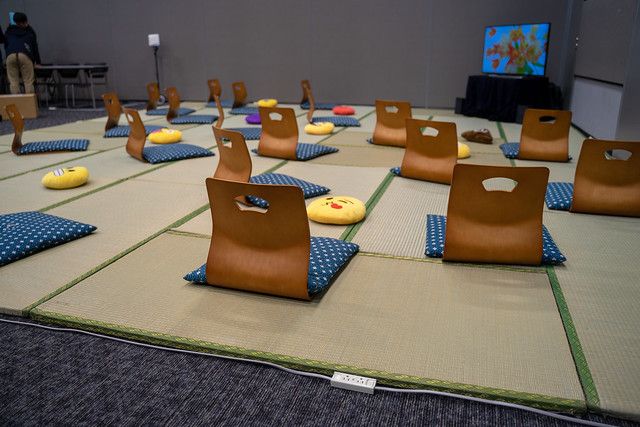 As a coffee addict, I loved having a professional barista at the conference. We got to enjoy our coffee and some pretty “latte art.” 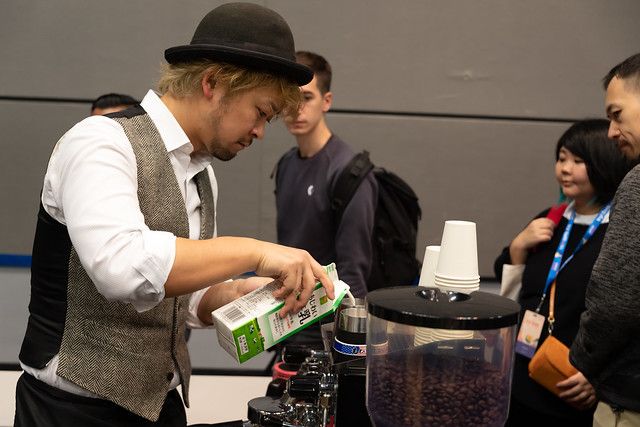 The after-party was legendary. Delicious food, beer and some try! Swift cake. The cake was so beautiful, it was a shame to cut it up!

This was also where we got to do some fun networking. I got the chance to meet passionate iOS developers from all over the world. 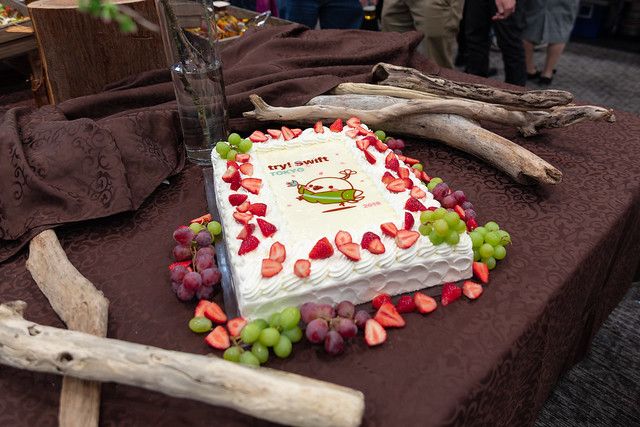 On the third day, there were nine workshops - and all attendees found something of interest to them. Want to get your hands dirty with building a Cloud-Native Swift backend? Explore Swift on the Raspberry Pi? Learn to implement fast audio waveform rendering using an accelerated framework? All options - you got to choose your favourite, and join!

This was my workshop of choice. Ahmed Bakir is an iOS author known for his book “Program the Internet of Things with Swift for iOS: Learn How to Program Apps for the Internet of Things.” In this workshop, we learned how to use Swift on the Raspberry Pi, starting with setting up the development environment. The rough workflow is like writing code with Swift on Mac, copying codes to Pi and then building and running on Pi!

Thanks to this experience, I look forward to creating something fascinating in the future by using Swift on Raspberry Pi. 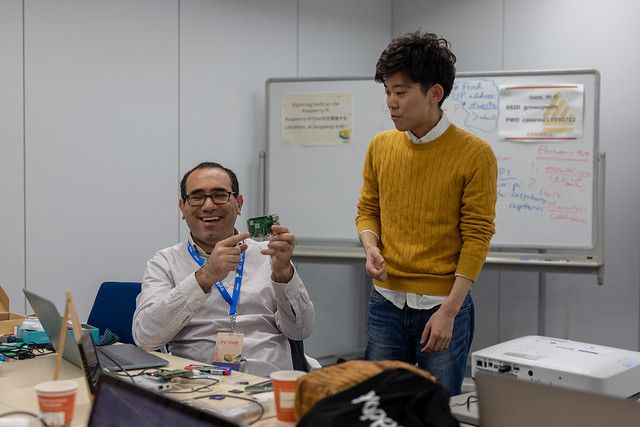 Try!Swift was an incredible conference. Although it was the first conference I’ve ever attended, I suspect it’ll always be one of my best memories. It was an eye-opening experience. The amazing speakers - every single talk - inspired me and will help me with any future projects.

If you get the opportunity, I highly recommend taking part in this conference. And when you do, fully immerse yourself in Apple development and Japanese culture. It’ll be a lifetime experience! 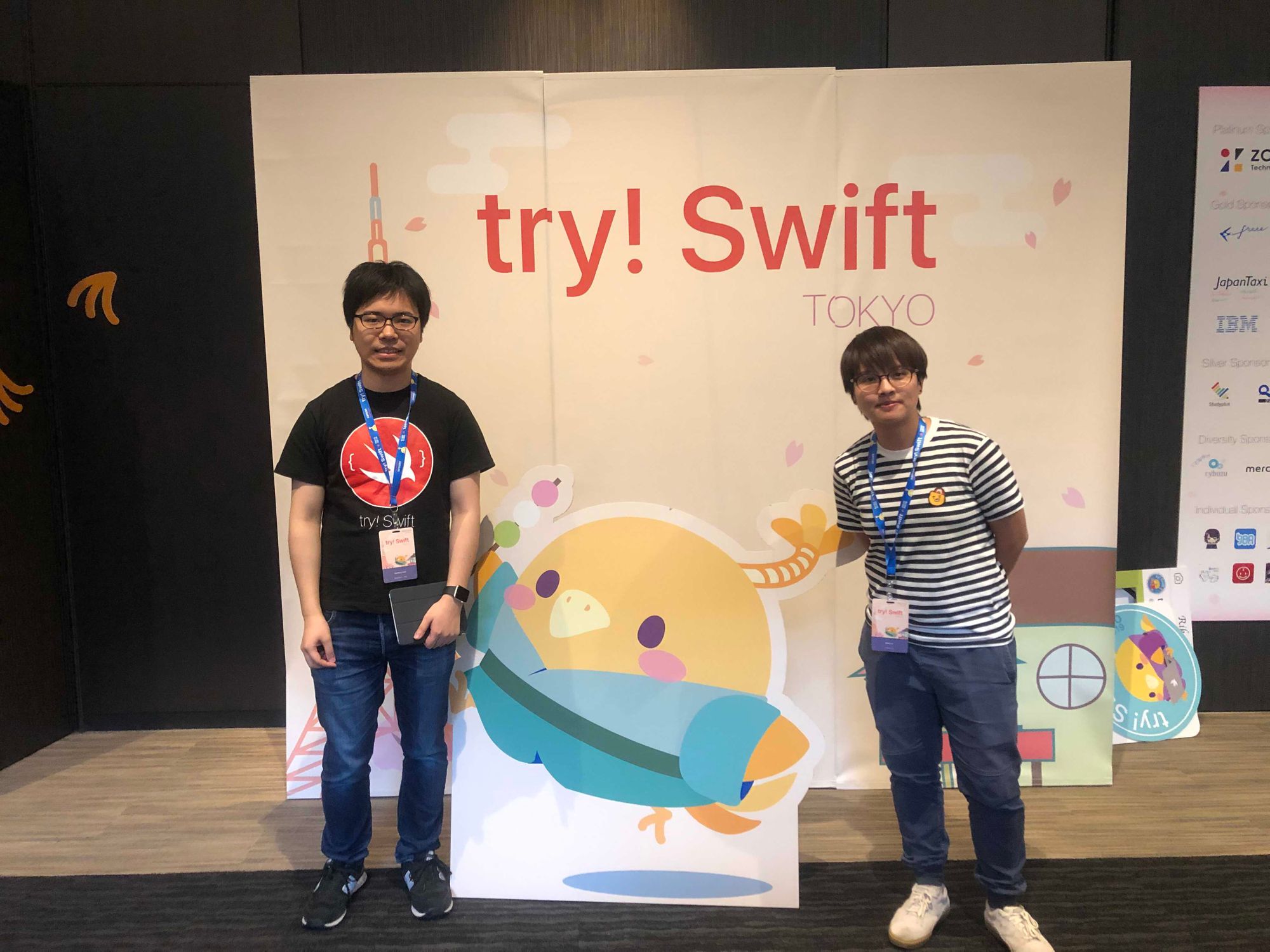 Me and our Japanese iOS developer - Yoshikuni Kato

Interested in checking out the recorded talks from try! Swift Tokyo? Browse through them here.

- All photos courtesy of try! Swift, except for the last one.